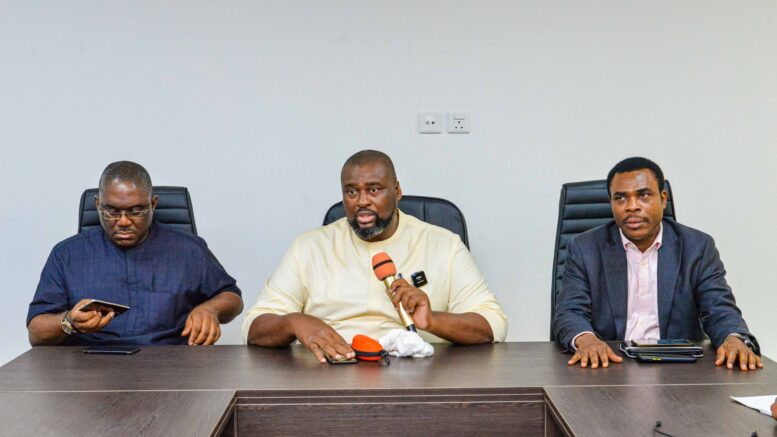 The Edo State Government has said it has received only N2.1 billion from the N28 billion n that accrued to the state as 13 per cent oil derivation fund for oil producing states.

The Commissioner noted that N1 trillion was established for oil producing states and a distribution methodology was adopted by the Revenue Mobilization Allocation and Fiscal Commission (RMAFC), adding that N28bn accrued to the state and will be paid in 5 years of 20 tranches.

“The net amount will come to each state for over five years in 20 tranches. Each year, you will have quarterly remittances, which is four releases each year for over five years. Due to some court cases from some states, the releases started this year October 2022.

“The Edo State Government got three tranches of N700 million per quarter, which amounts to N2.1 billion out of the N28 billion. It is verifiable.

“We are expecting 20 quarterly tranches in over five years but so far, we have gotten just three out of the 20 and it’s verifiable. We have the records on how the money is being spent,” he said.

He noted that the government disburses between N2 to N3 billion monthly for capital expenditure in the state.

Describing the Obaseki-led administration as transparent and accountable, the commissioner added that, “Governor Obaseki received an award for his transparency in the utilization of resources. The World Bank studied all the states in Nigeria in the last four years and found the governor worthy of honour for his fiscal transparency, accountability and sustainability programmes. It was only Edo State that also got an award from the World Bank on expenditure efficiency.”

On his part, the Commissioner for Orientation and Communication, Chris Nehikare, while berating Comrade Adams Oshiomhole for his comment on the subject matter, said the former governor left office with a debt of N160 billion after receiving N1 trillion from the federation accounts in eight years as governor of Edo State.

“We don’t want to speak on this as Oshiomhole doesn’t have the moral justification and authority to talk about transparency and accountability especially as Edo State now has the most transparent government in the last 30 years. We would not speak yet; thank God he is contesting the election and we will ask him vital questions at the right time.

“This State is not rich but has judiciously utilized the resources available as we are rich in human capital. We have the right people helping us to manage our resources in such a way that we get the major benefits.

“When the Federal Government recently released the multidimensional poverty index, Edo State was adjudged one of the best states not suffering from poverty because we are using the funds available to improve the lives of our people,” he said.

Also speaking, the Special Adviser to the Governor on Media Project, Mr. Crusoe Osagie said comments on the 13 per cent oil derivation was targeted at creating unnecessary tension in the country amid the electioneering campaigns.

“Our budget on an annual basis is about N250 to N300 billion. What percentage of N250 billion is N2.1 billion? It is even less than one per cent. It’s not a fantastic amount that has come into the state as some politicians are trying to play politics with it. The Edo State Government is transparent with its resources,” Osagie said.

Be the first to comment on "We Only Received N2.1B As Oil Derivation Fund– Edo Govt"