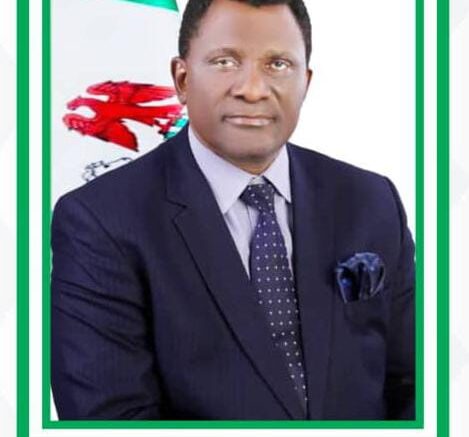 FTAN, indeed, had struggled to define its ecosystem and in the process and out of desperation, housed the good and the ugly.  It is not yet Uhuru but in the past one year, the umbrella body of private sector groups, has shown capacity to be firm, focused and a bridge builder.

It’s no longer news that the Federation has taken up battles to free the industry from shackles of oppression by government agencies under the Ministry of Information and Culture.

It was a process done with decorum and integrity.  FTAN’s diplomatic presence is second to none, a push and pull deployed on the tenets of partnership and collaboration. No-one was left behind, we all agreed that FTAN can talk across the tables.

From the Ministry, to NTDC, NIHOTOUR and NCAC, many others still with the radar, the message is to engage and reexamine the gaps that have created “master, servant” relationships instead of a refreshing transformation of joint ownership structure of the industry.

First, FTAN convincingly went to its structure and insisted that all stakeholders must see the need to work out a window of engagement to which all bitterness must be done away with, opening a new vista of trust and responsibility.

For decades, there were no verifiable intervention for the sector with the private sector treated with disdain by those appointed to give the industry a direction.

There were no soft loans, neither palliatives of any kind or grants. The global benchmark support aid from government to the industry, is a nine feet mirage in Nigeria.  It is a winner that takes all operational action plans with government regulatory agencies and the Ministry, dictating the delusionary pace. A zero sum game to breed disharmony and bitter agitation.

It is indeed a huge task for FTAN leadership under Nkereweum Onung, a baptism of sort to getting the entrenched untouchables in government circles to give up their prized private sector slaves.

However, some people asked, do FTAN wish to get government sectoral regulators,  on ego trips, to set aside  a chunk of their budget for FTAN and industry growth efforts?

How can FTAN change the narrative of neglect of sector, reason and dialogue with self centred administrators who see their appointment and gains as rewards of the state to their families and friends?

How can FTAN, seek to engage with a Minister who is an emperor, with brash hold over a sector which he held in contempt and disgust? A sector good enough to provide Christmas takeaways and father Christmas lullaby but strangulated on all fronts.?

To those who possibly do not understand the fact that FTAN leadership, worked round the clock, engaging and engaged the landlords of our sector to no avail, the option to boycott the UNWTO  conference in Nigeria,  was unavoidable,  an issue to which FTAN must stake  its integrity and acceptation by stakeholders.

During the World Tourism Day, September 27th, celebrations this year, FTAN sent signals and washed its hands of the jamboree and waste opportunities to which the Ministry of Information under Mr. Lai Mohammed has enthroned in the past seven years.

Lai Mohammed and his team went to Calabar, a destination that has lost all the vintage of its diverse tourism opportunities to fête and dance,  while FTAN gathered stakeholders in Lagos,  in what was an unprecedented Rethinking Tourism strategy never done in our clime.

The Lagos tourism celebration response, danced to drumming of integrity, justice and freedom from the slave covens of “evil servants” of the Ministry.

It’s disturbing to say the least, that few renegades among us would want to throw us all under a moving train to justify their poor judgement and interrogation of the FTAN boycott of UNWTO conference.

Let me waste some ink on some of these overpriced “molten images”. Munzali Dantata, used to be FTAN President, now BOT, and formerly, NIHOTOUR Director General for eight years, what legacy did he leave behind? The strange troubles to which the Federation is trying to clean up today began with Dantata.  Does he deserve to be stripped of his BOT robe? A story for another day.

My brother and friend from Kano, Alhaji Aminu Agoha is born of a woman like us all but thrives in opposition, leading to nothing.  We all know Brother Aminu Agoha, great guy but time has come for him to give room for other faithful stakeholders to support the system.

Iyom Josephine Anene, remember her? She is(was) part of us, played crucial roles at FTAN formation ecosystem and joined politics, became first women Affairs Minister.  End of the matter. Since she left office, no apologies for abandoning women in tourism and if I must commend her, madam J, stayed off the line, minding her business.  Does she still deserve FTAN integrity certification? There is no mistrust in FTAN, but its BOT structure are interlopers, bitter and has overstayed their usefulness.

Chief Samuel Alabi, remains an enigma though.  Before the new FTAN leadership came on board, I had deliberately kept away from him but lust after his very focal attention to issues of FTAN.  He did his best as FTAN President and as Chairman of FTAN BOT, Alabi has become the bedrock of Federation integrity, its Nostradamus and die hard number one supporter.

To others who denied us before government tourism highwaymen, men in black, we shall not waste our ink on them. Traitors are not made but are born and since the world recorded the first traitor in Judas, the same world has moved on, and you wonder why a man close to the golden sanctuary would sell his birthright on a carpentry work which the moth will devour in no time.

Today, FTAN is stronger, focused, and has restored our pride.  I am convinced in the foreseeable future, FTAN will be a proud and true defender of the industry, watering new tourism jobs and empowering dedicated stakeholders. Nkereweum Onung and his team, has risked all to keep FTAN together.  It is epochal, recorded and has become history, that there is a new tourism team, a new private sector response to right the wrongs in Nigeria tourism administration ecosystem. This is the message, the tourism gospel of the hour and we are sure, Nigeria and the world has taken note. It’s the new order and those who are with FTAN are in greater numbers.  I stand with FTAN.

·       Frank Meke, a Media and Tourism Consultant is based in Lagos

Be the first to comment on "(Opinion) FTAN: The Iroko Of Integrity By Frank Meke "