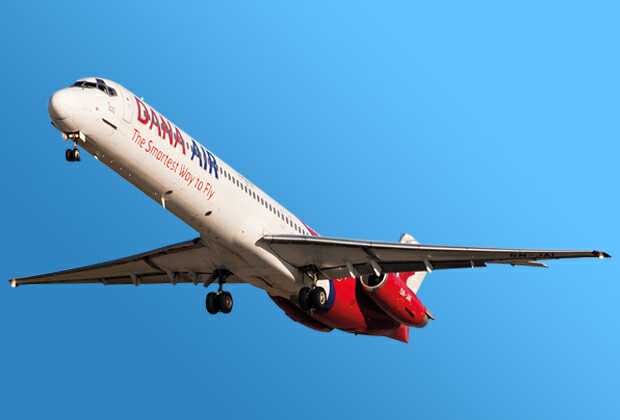 Bi-Courtney Aviation Services Limited(BASL) operators of the Murtala Muhammed Airport Two(MMA2) and the National Association of Aircraft Pilots and Engineers (NAAPE) have hailed Dana Air’s resilience and consistency in Nigeria’s aviation industry in the last 14 years of its commercial operations.

BASL commended the airline during a congratulatory visit to Dana Air’s operational office at MMA2 led by its Head, Aeronautical & Cargo, Remi Jibodu.

“We are super- excited that one of our oldest airlines at this terminal is back in the air after a successful audit by the regulator.”

“We are here to congratulate you also on your 14th anniversary celebrations and we believe your restart of operation will change the market dynamics,” Jibodu said.

The Chief Operating Officer of Dana Air, Ememobong Ettete, while appreciating the team from MMA2 during the visit, assured the airline’s guests that Dana Air has indeed changed the market dynamics and will continue to offer safe, reliable and trail-blazing services to the flying public.

Speaking further, Emem said, “Our on time performance is top notch, we are offering gifts to our loyal guests on board to celebrate them for believing in us and there is still more to be announced soon,” he added.

NAAPE in a letter signed by its Deputy General Secretary Umoh Ofonime said, “we write to congratulate your company on your success at the recently concluded NCAA audit. We are sure the exercise has prepared your airline for a smooth and safe operations.”

Having flown over 9 million passengers in 14 years of its commercial operations in Nigeria, Dana Air is one of Nigeria’s leading airlines with a varied fleet of 9 aircraft and daily flights from Lagos to Abuja, Port Harcourt, Enugu, and Owerri.

Commendations have continued to pour in for Dana Air since its resumption on November 9, 2022 for its resilience and consistency in Nigeria’s aviation industry in the last 14 years of its commercial operations.

Be the first to comment on "BASL, NAAPE Hail Dana Air’s Resilience, Consistency"