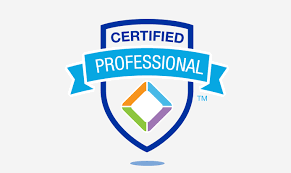 The Vice Presidential candidate of the All Progressives Congress (APC), Senator Kashim Shettima has assured that a potential Bola Tinubu administration would not take professionals for granted in managing the country.

He gave the assurance in Abuja at a one-day symposium by the APC Professionals Forum dedicated to dissecting the manifesto of the party’s Presidential candidate Asiwaju Bola Tinubu.

“The professionals are our leaders, they are the ones that will show the way for us. We will be humble enough to interface with you, to cross-fertilize our ideas with you.

No one is an island unto himself, we have to come together as a nation, as a people. This is a great nation in chains, chained by ineptitude, corruption, stupidity and naivety,” he lamented.

Shettima maintained that the country has a good base from where to get the best people in positions of authority and urged professionals to come up with workable solutions to challenges bedevilling the country.

“Think outside the box, come with robust solutions. We have the intellect and the capacity. Let’s take the right people, security-wise, the likes of Danbazau who are globally celebrated, and invited by Harvard University to deliver lectures. We need to really reposition this country,” he added.

The APC Vice Presidential candidate also commended President Muhammadu Buhari on infrastructural strides and added that the country’s debt is not an issue.

“I want to give it to President Buhari. He has done his best in terms of infrastructure. And our problem is not a debt issue, our problem is a revenue issue.

“The highest budget we have ever gotten was $31 billion. That was under former President Goodluck Jonathan in 2013 or thereabout, and what was the budget performance; 50%. Let us compare equals, Brazil with a similar population (had) $656 billion with a performance of 90%. So we have to wear our thinking caps.”

Shettima who is a trained banker used the opportunity to pay glowing tribute to the Air Peace founder Allen Onyema.

According to him, “Last night was one of my happiest nights, I met a very amazing personality, Allen Onyema. He is the Chairman of Air Peace who believes in the Nigeria project. And mind you, 80% of his employees are not of the southeast.

He continued, “He has employed people from all walks of life and he is investing in the Nigeria project. If there is one man who deserves the highest National honour in this country is Onyema. We hold him in the highest honour.”

At the event ,papers were presented by key members of the ruling party including a former Lagos State Deputy Governor, Femi Pedro and former Interior Minister, General Abdulrahaman Dambazau who spoke on Tinubu’s 7-point action plan on security.