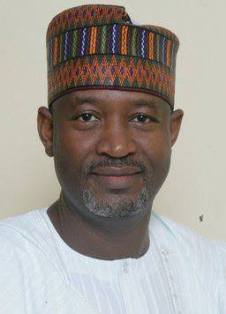 …Says Aviation Stakeholders Were Carried Along In Nigeria Air Project

Aviation Minister, Senator Hadi Sirika has declared that the completion and commissioning of the Airfield Lighting (AFL) on the 18L/36R of the domestic wing of the Murtala Muhammed Airport, (MMA) Lagos has closed three fundamental issues namely: safety, security and save cost for airlines efficiency.

This is just as he refuted the insinuations in some quarters that stakeholders were not carried along in the national carrier; Nigeria Air.

Sirika said this at the new Protocol Lounge of the General Aviation Terminal (GAT) in Lagos during stakeholders’ appreciation forum organised by the Federal Airports Authority of Nigeria (FAAN).

He confirmed that the AFL on Runway 18L/36R is working perfectly as according to him he landed on the runaway at about 10pm on Monday, November 14, 2022.

This, he maintained would help domestic airlines to cut the cost of operations and also bring comfort to passengers.

The 18R runway, he said had brought about hardship in the sector for 14 years and that governments have overlooked this critical infrastructure to the extent that airlines started seeing the abnormal as a norm.

The President Muhammadu Buhari led administration, he said has done the needful regarding to fix the much talk about runway.

According to him “All that has to be said has been said regarding this particular procurement. It was something that was abandoned some 14 years ago. There were challenges, we had to get the contractor, but we delivered. We are focused on safety critical items, security items that passengers don’t see. Nothing concerns the passengers about Very High Omni directional Radio ( VOR), Instrument Landing System ( ILS) and other safety critical infrastructure but those are the particulates for safe air travel.”

Also speaking, Managing Director of FAAN, Capt. Rabiu Yadudu commended the professionalism demonstrated by a team of FAAN engineers and the contractors, adding that the task was not easy at all.

In his words, “It was a very difficult task but we delivered a very critical milestone, achievements come and go buy none comes bigger and better than the lighting of the MMA Runway 18L/36R”. Over the 14 years’ minimum the lack of AFL compromised security, efficiency and affected 24/7 operations. As a pilot, I have never landed on Runway 18L/36R after sunset and I have been a pilot for over two decades,” he said.

He also commended the Federal Executive Council ( FEC) for contributing to the success of AFL on 18L runway .

On the allegation that some of the stakeholders were not carried alone when the bidding for the stake of Nigeria Air , Sirika said that they were all invited to be part of the deal but they did not show interest .

It is not true. It is absolutely incorrect. Nobody should claim that he has not been carried along. If you say you have not been included, I think it is unfair on us.

He continued, “Every stakeholder in the industry have been carried along Max Air, Air Peace, Ibom Air.He added that said that he met some of the stakeholders about the project but that they said that the meeting he had with them was not a formal one.

Be the first to comment on "Lagos Airport AFL Completion Will Enhance Security, Safety, Reduce Cost For Airlines–Sirika"