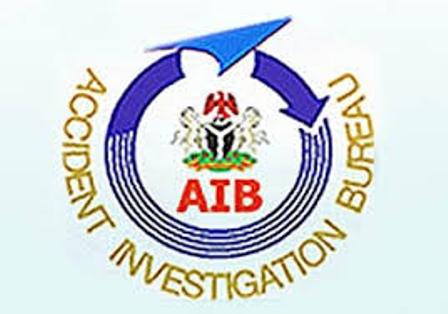 …As Artisans Take Over Building Site

Barely eight months after the Federal Ministry of Aviation, headed by the Aviation Minister, Senator Hadi Sirika ordered the demolition of the Accident Investigation Bureau-Nigeria(AIB-N) headquarters at the international wing of the Murtala Muhammed Airport (MMA), Lagos for the expansion of the apron for the new Chinese built terminal, neither has expansion nor anything been done there.

The situation is contrary to what the ministry made aviation stakeholders to believe; that by now the challenged terminal’s apron would have been expanded since the AIB-N was demolished to create  chance for expansion

A visit to the demolished AIB-N building today by AbelNews shows that the site has neither been used for any other project nor used to expand the Apron of the terminal as the Ministry had made stakeholders to believe.

Surprisingly, bushy weeds had taken over the entire land space.

Recall that the Ministry of Aviation via the Federal Airports Authority of Nigeria (FAAN) had in February this year, given AIB-N four weeks within which to relocate its facility worth over N5 billion and staff to Abuja.

The AIB-N facility was built in 2006 when the bureau was separated from a department in the Ministry of Aviation.

The visit further showed that mechanics have taken over the site of the demolished AIB-N building.

Similarly, private and government entities such as Caverton, Evergreen Apple Nigeria, ExecuJet Hangars, Nigerian Airspace Management Agency (NAMA) offices, the Federal Road Service Corps (FRSC) and the towing companies, which are closer to the new terminal and marked for demolition were not demolished as they were carrying out their normal business.

One of the artisans, who spoke on the condition of anonymity to AbelNews during the visit said that since AIB was relocated, they have not heard of any plan to demolish any other structure or use the already demolished AIB-N facility for any project.

He said that he was also surprised about what happened but he however said the government may still go ahead with its plan in the future.

According to him, “Everyone was surprised when the AIB building was brought down by the ministry. We had thought all of us would be consumed, but this is almost nine months after, we are still here.”

Speaking on the issue, the Director, Research, Zenith Travels, Mr. Olumide Ohunayo, said that the decision of the Aviation Ministry to demolish AIB-N facility was not appropriate, adding that the newly constructed Chinese terminal was inappropriately sited.

This, he said, had put the sector in a dilemma till date.

“The terminal is underutilised today. We cannot continue to progress concurrently in error. We need to allow some commercial sense and other important perspectives needed in the industry to take its course,” he said.

Also speaking, the Chief Executive Officer of Centurion Security, Grp Capt. John Ojikutu(rtd) said that in 2018 he brought the issue of expanding the terminal to the Minister’s knowledge but wondered why it had not been expanded.

“I brought the need to expand the apron to the attention of the minister in August 2018 after the interaction he had with stakeholders at Radisson Blue and after he promised to open the terminal in November of that year. I told him that was not possible because there was no room to park aircraft. If you remember, the thinking was to be trucking passengers between the terminal and the aircraft. The delay resulted in the delay in the opening and where we are today.

“There seems to me a strong connection between him and former Aviation Minister Stella Oduah that he finds it difficult to point out the mistakes in the construction of that airport that I can bet my life on it that it has no approval of the NCAA nor the type of oversight that the MMA2 had during its construction before it was opened. The AIB-N building and the surrounding hangars have been there before the construction of the terminal building. What efforts or advice did those who took the political construction contractor sort from the NCAA the responsible civil aviation authority? He queried .

He contended that the magnitude of problems Nigeria is having in the aviation industry today is more of political interference in the established functions of the ministry’s agencies operations, management and administration especially FAAN.

The demolished building was until mid-2020 the headquarters of AIB-N, but was later renamed the regional headquarters when the ministry compelled the 245 staff to relocate to Abuja with other agencies in the sector.

Before the demolition the Ministry had stakeholders that the demolition would enable it to expand the apron wing of the new Chinese terminal, which was commissioned by President Muhammadu Buhari on March 22, 2022.

The demolished regional headquarters of AIB-N had housed the following offices such as its office complex, Command & Control Centre, office of investigators and Information Communication Technology (ICT) department.

Other units that were affected are: Training Centre, Mini Flight Safety Laboratory, which is used for downloading of flight recorders otherwise known as black boxes and investigators’ stores among others.

The equipment at the AIB-N’s office in Lagos were installed less than four years ago by the current management of the accident and investigation body led by the Commissioner, Chief Executive Officer, Engr. Akin Olateru.