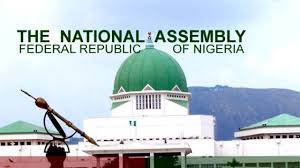 This is just as the Joint Committee commended the body for giant strides it has recorded in ensuring safer skies in the country through comprehensive investigation.

Speaking, Senator Olujimi commended the Commissioner of AIB-N, Engr. Akin Olateru for his visionary leadership qualities and achievements that have ensured safer skies in Nigeria and pledged the continuous support of the NASS Joint Committee on Aviation for the fulfilment of AIB’s various plans for the improvement and advancement of accident investigation in Nigeria.

On his part, Hon.Nnaji, who stated that AIB is a very important agency, whose investigations have contributed greatly to safety in the aviation sector, said the Bureau has proven that it has great potential to make a lot of difference as regards safety.

“That is why we got the executive bill passed by both houses passed and I believe that very soon you will change from AIB to the Nigerian Safety Investigation Bureau (NSIB), ” Nnaji said.

“We are glad you are looking at other areas that would improve the agency. The training school can create jobs and also help the aviation industry,” he added.

While encouraging the Bureau to do more work to ensure continuous safety which will change the dynamics of investigation from investigating more of serious incidents to investigating incidents, Nnaji assured the Bureau that the Committees would look into how they can think out of the box to support the agency and increase its budget.

Olateru also disclosed that the Bureau has five projects, which are currently ongoing.

Olateru also disclosed that the Bureau is constructing a new head office at the complex and has procured a mobile satellite office, which can be used at crash sites by the Air Safety Investigators.

The Commissioner who stated that the Bureau is unable to charge money for investigation, unveiled plans to reevaluate AIB’s operations to generate revenue from other sources.

“I want to separate the business of making money from the technical side of accident investigation. For instance, since accidents do not occur regularly and we have the mobile office unused during the intervals, when there are no accidents, we are in talk with the United Nations (UN) on how they can use the mobile office unit when they go to the interior parts of the country, thereby generating income for AIB,” he said

Be the first to comment on "NASS Joint Committee On Aviation Attributes Safer Skies To Visionary Leadership Qualities, Achievements Of AIB Boss"