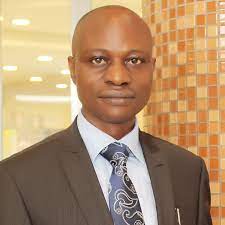 Federal High Court sitting in Lagos has ordered the arrest of the Acting Managing Director- of the Nigerian Airspace Management Agency(NAMA) Mr. Matthew Pwajok for alleged disobedience to court summon.

Justice Babs Kuewunmi gave the order following an application by counsel to the third and eight defendants, Mr. Olalekan Ojo SAN, at the resumption of an N6.95billion fraud charge filed by the Economic and Financial Crimes (EFCC) against the former Managing Director, NAMA, Ibrahim Abdulsalam, and 11 others.

Ojo, in the application, alleged that Pwajok shunned a July 2 subpoena issued by the court commanding him to appear and produce the documents requested by both defendants.

In a short ruling, Justice Kuewunmi ordered the Commissioner of Police, Lagos and the Inspector General of Police (IGP) to ensure Pwajok is brought to court.

The judge adjourned further proceedings till January 10 and 11, 2023.

The EFCC is prosecuting Abdulsalam and 11 others for the alleged offence.

One of the charges reads, “That you, Ibrahim Abdulsalam, Nnamdi Udoh (still at large) Adegorite Olumuyiwa, Agbolade Segun, Clara Aliche, Joy Ayodele Adegorite, Randville Investment Limited and Multeng Travels and Tours Limited, on or about August 19, 2013, in Lagos, with intent to defraud conspired to induce the NAMA to deliver N2,847,523,975.00 to Delosa Limited, Air Sea Delivery Limited and Sea Schedules Systems Limited under the pretence that the said sum represented the cost of clearing consignments belonging to the said Agency.

“You thereby committed an offence contrary to Section 8 (a) of the Advance Fee Fraud and Other Fraud Related Offences Act, 2006 and punishable under Section 1(3) of the same Act”.

All the defendants pleaded not guilty.

Be the first to comment on "Court Orders NAMA Boss, Pwajok Arrest For Contempt"