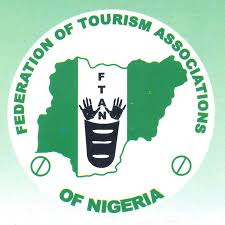 …Says  It Is A Jamboree, Offers No Enriching Prospect

... An Avenue To Use Taxpayers Money To Fete  Government Officials

The Federation of Tourism Associations of Nigeria (FTAN), has restated that it was opposed to the staging of United Nations World Tourism Organisation (UNWTO) First Conference on Cultural Tourism and Creative Industries, scheduled to open on November 14—17,2022.

FTAN is the umbrella body for tourism operators in the private sector.

This is just as the organisation urged its members and other stakeholders in the culture and tourism value chain to stay clear of the gathering.

FTAN opposition to the hosting of the UNWTO First Conference is coming two weeks before the commencement of the event on November 14 at the newly renovated National Arts Theatre, Iganmu, Lagos.

The opposition to the event by FTAN is contained in a media statement signed by the President of FTAN, Nkereuwem Onung, where he adduced reasons why the operators are not taking part in the conference.

Recall that in July year, the body wrote an open letter to President Muhammadu Buhari on the conference, stating why Nigeria should not host the event and also addressed a press conference on the matter.

FTAN , however noted that since the federation made public its stand on the conference, neither the Presidency nor the Ministry of Information and Culture headed by Alhaji Lai Mohammed, had addressed the issues raised by body.

Onung stated that the action of the Presidency and that of the Minister has authenticated the federation’s claim of disregard and neglect of the tourism sector and the plight of its operators by the Nigerian government.

He noted further that the determination of the minister to host this conference is at the expense of the sector, which he said is at its lowest ebb in its history due to the total lack of attention to it by the Federal Government.

According to Onung, ‘‘UNWTO conference holds no good for the country other than using scare taxpayers money to fete a few government officials to a hosted buyer event that would not attract any tourist to the country.’’

Speaking further he said, ‘‘It is a wild goose chase of no benefit to Nigeria and Nigerian cultural tourism and creative industries.’’

‘‘The conference is a jamboree as it offers no enriching prospect or benefit for the development and promotion of Nigerian tourism and that of the operators.

“What the nation needs is far beyond symbolic show or circus display which the conference represents,’’ he said.

He lamented that the Minister has shown so much disdain for the culture and tourism sector that he has never organised or attended any of the sector related activities this year.

He gave an instance of the World Tourism Day celebrated in September 27, which according to him was supposed to be spear headed by the Minister but that the minister neither rallied the sector toward celebrating the day nor monitor any of the events staged across the country.

The FTAN President informed that the one held in Calabar, Cross River State was attended only by some heads of parastatals under the ministry.

He also pointed out that the forthcoming 35th edition of the National Festival for Arts and Culture(NAFEST) tagged Eko NAFEST 2022, which is holding in Lagos between November 7 and 13, almost the same time with the UNWTO event.

He stated that despite the fact that it is under the minister’s purview, he has not one day shown any concern about the event while pulling every rope to garner resources for the organisation and promotion of the UNWTO conference at the expense of his primary responsibility.

He added that despite all these the minister is not bothered by the implication of this unfortunate development, noting that this is not surprising as the Minister has never attended NAFEST in over his seven years as minister and that not attending this year’s edition again, means nothing to him.

The Minister, the FTAN President alleged is more interested in anything that has the toga of UNWTO on it and not Nigeria.

Speaking further, Onung said that it is lamentable that President Buhari has kept Lai Mohammed on the job and tactfully supported a man that in all the Key Performance Indicators (KPI) is a total failure as a Minister in charge of culture and tourism, as neither the nation nor the operators have benefitted from his over seven years stint as a Minister.

‘‘No investment into culture and tourism business in the last seven years from the government. This is one of the issues that bother us,’’ he lamented.

He queried the need for hosting the UNWTO conference saying, ‘‘What is the benefit of the conference to Nigeria and Nigerian tourism?’’

He further noted that the reason the federation is crying out again is for the public to know that contrary to the news making the rounds that the private sector and FTAN members are not part of the conference as they are not supporting the charade by Mohammed to further pauperis the sector, its operators and Nigerians.

‘‘This is to set the record straight and for people to know that the federation is not part of Mohammed’s charade as it has resolved to entirely boycott the event.

‘‘If we keep quiet this charade will continue and people will not know the pains of the private sector. It is of no use and benefit to us and they have not told us about it and we really don’t see the need for it,’’ he insisted.

Onung in the statement said the federation is going on with its solo effort of developing the sector by conducting its scheduled businesses and activities for the month of November.

One of such activities, he noted is the hosting of its yearly Nigeria Tourism Investment Conference and Exhibition (NTIFE) billed for November 15 in Abuja.

He called on all operators in the culture and tourism sector not to be worried by the action of the Minister but to be more focused and determined to succeed in their various businesses as they have survived the last seven years without any support from the minister and the current administration.

Be the first to comment on "FTAN Restates Opposition To Nigeria Hosting UNWTO Conference On Cultural Tourism, Creative Industries"