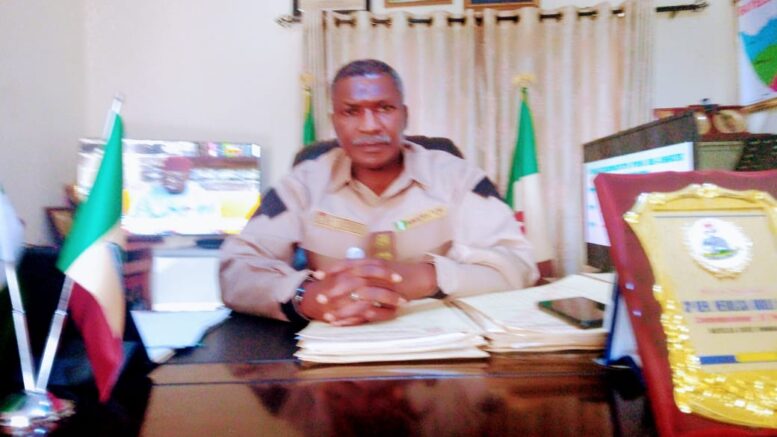 The Nigerian Immigration Service(NIS) Bayelsa State Command said it has embarked on drug tests and emotional intelligence training for its personnel in Yenagoa.

The Comptroller NIS, Bayelsa State Command, James Sunday, who disclosed this encouraged other commands of the service to carry out drug tests and emotional intelligence training for its personnel cutting across the ranks and file.

He said that personnel at the Command were reminded of their enlistment into the service and the oath of official secrets taken at the point enlistment, which according to him connotes that every personnel must protect the integrity and sanctity of the hallowed service they choose, as professional Immigration Officers that operates under an oath, trained on specific professional ethics and practice.

He noted that the uniqueness of NIS entails officers and men to have a special way by training due to the kind of assignments they undertake that have an international and local bearing.

The service, he said, deals with non-Nigerians, expatriates from the international communities that expect best international practice at all the NIS windows and at every point where an officer is mentioned as an Immigration officer.

He contended that this and many special attributes differentiates an Immigration officer from other services not just in the issuance and administration of passport and other travel documents, but as personnel of a service with international based relationships with the diplomatic communities, international organisations and conglomerates, services rendered at the airports, seaports and land entry borders, where citizens of other countries come into Nigeria.

The Comptroller added that in view of the facts above, NIS officers cannot fall short of expected international best standards.

The NIS Bayelsa Command boss said that the training came at a time when new entrants deserve serious mentorship and internship in every aspect of the service operations and activities to make them responsible, able and professionally placed and make the officers and men worthy in character and service to the nation and humanity.

The Comptroller used the opportunity to warn officers, who use social media space to be mindful of their posts, the timing of such posts and the state the nation to avoid embarrassing the service and the nation, especially as Nigeria prepares for the 2023 elections.

The Comptroller also reiterated the place of preparedness and response towards mitigating any negative situations, stressing that the service in Bayelsa would have been overwhelmed by flooding, but for timely intervention the office facilities, assets and operational tools were moved to higher dry grounds to avoid grounding operations and activities.

He noted that though Bayelsa State a coastal and riverine state was submerged by the effect of flooding but there are higher grounds and locations that are safe, hence the commands temporary relocated to Okaka Housing Estate in the heart of the town, where usual and continuous activities of the service takes place for the rendering of continuous service to its teaming public, whose activities may be hampered if the service stops operation for hours or days.

The NIS Bayelsa Command, he said, is not on break as a result of the flood, as it cannot go on break.

“The Nigeria Immigration Service Bayelsa Command is not on any break, we are at work and our officers and men are on duty as usual,” the Comptroller said.

Be the first to comment on "NIS Bayelsa Command Embarks On Drug Test, Emotional Intelligence Tra"