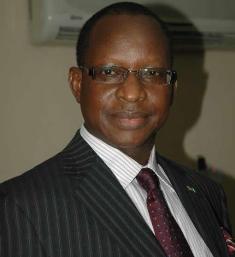 Aviation Safety Round Table Initiative(ASRTI) also known as Aviation Round Table(ART) has thrown its weight behind plans by the Lagos State Government to site an airport at the Lekki area of the state.

According to a statement signed by Olumide Ohunayo on behalf of ART said that the group whole-heartedly welcomes the decision of the state to build an airport in the Lekki axis to cater for the burgeoning population and businesses around the Lekki industrial layout.

It added that despite prior promises and the potential including the extensive plans for the development of the area over the years, the project never took off and that the Lekki corridor continued to expand, creating congestion, logistic and traffic chaos, impacting the economic and business opportunities in the area.

The ART said that for the benefits to Lagos, “we strongly advocate for a Public Private Partnership (PPP) and the need for the regulator, the Nigerian Civil Aviation Authority(NCAA) and the Federal Ministry of Aviation, to give the necessary support and approvals for this project.”

“We are also calling on the relevant agencies and tiers of government, to as a matter of urgency, commence with the repair of the cenotaphs erected to honour the fallen air passengers at Lisa, Epe and Ejigbo respectively.”

These sites, ART said, serve as a memorial of the dark history of the industry and to honour Nigeria’s fallen citizens, adding that as a result the roads leading to these sites should be fixed for accessibility.

Recall that the Lagos State Government had announced its intention to begin the construction of a new airport in the Lekki-Epe area of the state beginning from 2023.