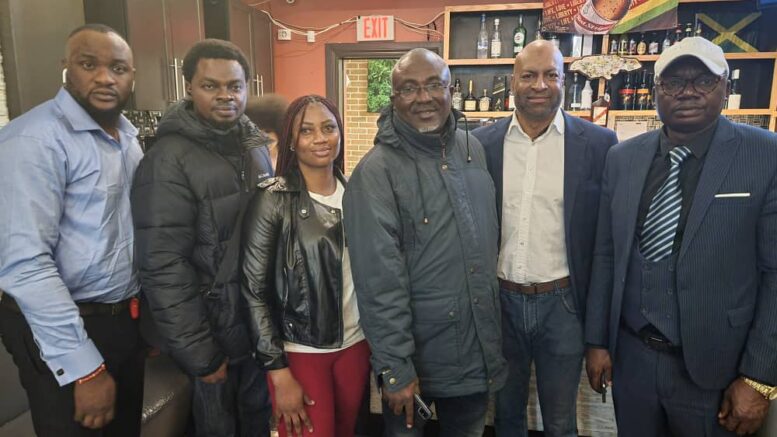 The President of Journalists International Forum for Migration (JIFORM), Dr. Ajibola Abayomi has stated that for prosperity to continue across the globe, nations must imbibe the culture of tolerance, empathy and open door policies to welcome migrants for sustainable development.

This is just as he called on countries in the world to discourage barriers furthering racism, discrimination and separatist tendencies

He posited that JIFORM believes the best way to reap the economic benefits of migration is through a regular channel that will ultimately lead to a prosperous end as against irregular migration that usually ends in sorrow.

Ajibola said this while presenting a paper titled, “Exploring the Benefits of Migration to Retool the Global Economy” at the 1st Friday’s Economic Development Edition in Toronto, Canada.

“All of us are one people, one creation with potential to add value to global development,” Ajibola said.

He called on world leaders to end the illegal occupational war in Ukraine leading to millions of people now classified as victims of forced migration, adding that in the midst of these the obvious discrimination against the blacks to access same opportunity for survival like their fellow white counterparts is unacceptable as a just standard.

The United Nations, the JIFORM President said, must defend the millions of Africans that are constantly being harassed in Europe, North and South America and other places under the pretext that they are irregular migrants.

In his words, “The massacre of the defenceless migrants at the border of Morocco and Spain this year, as well as the continuous inhuman treatment of migrants around the Mediterranean Sea calls for serious investigation and concerns.”

He contended that the title of his presentation is a reality that human mobility is the fulcrum of any economy because no nation according to him can exist alone without relating with others.

Migration, Ajibola averred, is a serious business that many developed countries especially Canada, US, Britain and other developing nations have benefitted from.

To buttress the role migration has played in the world’ s’ economy, Ajibola quoted a World bank report which stated that in 2019, a total of $714 billion was remitted globally by migrants and Diaspora back to their various home countries. the World Bank.

According to him, “These people are economy developers such that if well managed remain a veritable asset any day.”

To further underscore the import role of migration in the economy, the JIFORM President said that officially recorded remittance flows to Low- and Middle-Income Countries (LMICs) are expected to increase by 4.2 per cent this year (2022) to reach $630 billion.

This, he said, follows an almost record recovery of 8.6 per cent in 2021, according to the World Bank’s latest Migration and Development Brief.

Be the first to comment on "JIFORM Advocates Culture Of Tolerance, Empathy For Migrants To Achieve Sustainable Development"