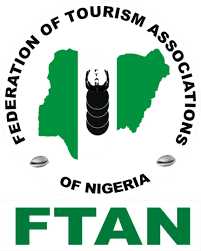 I will begin this message with a story of collaboration and partnership so effectual that could help us to think about the well-being of our country and people.

To the glory of God, I have witnessed several genuine actions to leverage various compartments and ecology of natural endowments gifted our tourism assets.

Then and even now, we were searching, interrogating each socioeconomic, environmental and cultural heritage ecosystem, with hope to benchmark our national tourism strength.

Our national conversation on cultural tourism with the military running the show in what was clearly an attempt to foothold the business of national tourism development, began with the military defining us a preferred sector status, which got Nigeria Tourism Board now Nigeria Tourism Development Corporation (NTDC) fired up as the laboratory for a united frontier to this aspiration.

It seems I am deviating but in the next few lines, I will be done. We did once have a Ministry of Commerce and Tourism, admittedly looking at our very robust engagement in trade and commerce, with hope to leverage on its massive growth potential to drive tourism.

It couldn’t work because the very dedicated and patriotic drivers of tourism in NTB then were wisened old men, who worked hard and positioned tourism activities above the “commerce” finger and the military noticed.

Go check the laws of NTDC, the military knew that an empowered national tourism development agency, with octopus influence across the six geographical political zones and with the then notable private sector associations factored as collaborators in NTB, will birth  a national tourism revolution.

In weeks to come, I will share insights on how this unifier process by the military governments then scored the industry a mileage, yet unequalled in the search for effective national tourism administration.

Those who may say that the civilian administration of President Olusegun Obasanjo gave us a standalone Tourism Ministry, may also forget that his military background influenced that decision and also the robust engagement of the now retired but dedicated tourism management team of the then NTB.

How this connection was disconnected, lies the problem of the current misleading adventure of the oppressive Ministry of Information latter day tourism apostles.

So what happened in Bauchi. Again, Bauchi once used to be Nigeria’s tourism capital.  It was Yankari National Park (then) all the way. Its pristine environment, blue natural warm pool, massive elephant presence, eco lodges, monkeys and Baboons at your door steps, fearless and entertaining, flora ambiance so surrealistic, no place in Nigeria, over two decades ago, can match.

Lawan Marguba, National Park founding father, cerebral, engaging and futuristic, had seven National Parks under his watch, got Yankari connected to national grid (when we were serious about power generation) and having seen how environment, played key roles in ensuring the growth of tourism in Southern and Eastern regions of Africa, Kenya in particular, took to collaboration with NTB to host one of the most memorable celebration of World Tourism Day.

I remember the campfire in the middle of the animal kingdom. The elephants welcomed visitors with magistic temperance, the birds, baboons and monkeys in particular, had a field day, knocking on doors, foraging and dancing, the Wikki   spring water pool, broke records with “accidental” swimmers and Yankari, glowered and afterwards, became a destination and not a “dot” on our national tourism map.

Lawan Marguba smiled home and consequently held onto the dream until some fly by night operators and their thieving collaborators in government started having strange ideas. Indeed, the Marguba concept was to showcase the relationship, the controlled contribution of protected areas to green tourism and not the environment as key drivers of Nigerian tourism outposts.

The Bauchi Yankari content was to establish the contest to which environment, if properly articulated and deployed, could give us options and diverse opportunities to run the Nigerian tourism race.

Now in 2022, and struck by the pandemic thunderbolt, the United Nations World Tourism Organisation (UNWTO) themed the global tourism celebration as “Rethinking Tourism”.

And how did we domesticate this strategy, the clarion call to rebound, to rebuild and put our tourism on greater footing?

What was our response?  On September 27th, Nigeria unveiled its poor federal government response, went to Calabar, said nothing but had a sumptuous dinner, lied to itself and danced naked in Calabar.

I am coming ooo! In Lagos, the Federation of Tourism Associations of Nigeria (FTAN) , the very soul and body of the private sector entrepreneurship presence, dusted Lagos State Ministry of Tourism officials, who for all intents and purposes, do not understand what it means, to “Rethink Tourism”.

I will again come back to this Lagos misnomer, which again calls for serious auditing of the Akinbile led Ministry of Tourism in Lagos.  Her sycophants praised her as “Moremi ” a goddess of the Yoruba water cosmology variant yet everyone knows Governor Babajide Sanwo-Olu made a mistake, having this Pharmacist as Commissioner of Tourism in Lagos.

Indeed, I worried that this lady, who spent an auspicious occasion on Rethinking Tourism, to play to the gallery, recounting the doors and windows she “constructed” under her watch for tourism, will be at head of “Team Lagos” to next month’s National Festival of Arts and Culture(NAFEST), incidentally to be hosted by Lagos.

I just wonder!  Before I come to FTAN’s strategic response, (many people tell me, the private sector has no business promoting tourism), I will fly you over to Calabar to see how the big boys pretending to lead the Nigerian tourism community, wasted our resources and brought us shame.

Cross River tourism under Governor Ben Ayade, has gone comatose, from the Summit Hill, to Obudu Cattle Ranch, to the dirty streets of Calabar, to a wingless Cally Air, to a Carnival Calabar, once the toast of the world, now reduced to a family and friends naming ceremony affair, to depressed vendors and logistics service providers, knocking the doors of the governor for payment to services rendered to hosting the Calabar Carnival over four years ago. What exactly did the ministry of Information go to Calabar to celebrate?

On national television, we saw empty seats, heard uninspiring speeches and a delegation of Abuja political civil servants, snoring away and eating the little left for serious tourism attention and rebound.  Maybe, it was a retreat on how to clean up the UNWTO conference in Lagos come November!

Now, I will come back to the FTAN response in Lagos, clearly factored to strengthen the industry, put Lagos on a strong footing of taking water recreation opportunities and transportation very seriously.  If you are in doubt, you can fact check the massive boating presence, stipped in best safety practices, showcased to provide practical tourism gains, employment opportunities and general well-being of the citizens.

Takwa Bay Beach, and the community, would not forget in a hurry, the biggest watercraft invasion, the prospects of an effectual and progressive agenda to birth a Rethinking Tourism strategy for littoral communities in Lagos.

Nkereweum Onung, President of FTAN was proud. He lectured both federal and Lagos tourism officials’ lessons on partnership and collaboration. If it has been all about sports, FTAN certainly dusted them to the finishing lines.

That is how to Rethink Tourism, give the suffering practitioners hope and also evangelise tourism to the people. Many enthusiasts, who thronged the calm and beautiful ambiance of Takwa Bay, and whose birthday fell on that same Tuesday, September 27th, brought cakes and everyone joined in celebration.  It was a national tourism holiday and we were overjoyed in celebrating a day, never seen in Nigeria for a long time and no doubt the message was well taken.

At the Award Night, FTAN convincingly left a message that it will always remember our heroes’ past. To me, Margaret Fabiyi, Mama Webisco, stood above many in the industry in compassion, leadership and investment in tourism. Her Webisco group was octopus, gave birth to Women in Tourism,  Africa Travel Association, Nigeria chapter and watered the National  Association of Travel Agencies(NANTA) and Nigerian Association of Tour Operators(NATOP).

Her office and abode, were once a Rehoboth, where many industry persons found footing.  Rev. Mrs.  Fabiyi gave many struggling tourism beginners hope and watered their efforts.  FTAN didn’t forget and a special tribute while she is still alive, honoured her.

Lagos Governor, Babajide Sanwo-Olu no doubt has done well.  FTAN saw his dedication to secure Lagos, a process to which most states in the country, (were generally found wanting), as a huge plus to Rethinking Tourism.  A destination lacking security and protection architecture, no matter its mass appeal, will dance naked in the global tourism market. Governor Sanwo-Olu, scored high on this platform and check list, and so deserved FTAN diadem.

Unfortunately,  he has a Commissioner of Tourism, who could not interpret the gains of the security for the growing tourism economy in Lagos,  a pharmacist,  so bereft of  wisdom to honour and stand with her principal,  in pursuit of the best of Lagos waterways economy, indeed,  blinded by pecuniary persuasions,  sneering visibly at a  dedication to the best of  her governor in an election year, which if she is not blinded by pride and self-deceit,  should leverage to gain the  confidence and support of Nigerian cultural tourism community for the reelection of her boss.

Oh Akinbile!!,   the “Moremi of Lagos”, the “alter ego” of sycophants and locusts eating away the Lagos tourism budget, who did this to you?  No doubt, she walked away from Governor Sanwo-Olu,  denied him in the presence of industry practitioners,  many who came from other states of Nigeria to witness and applaud Lagos governor.  Akinbile dared being counted as the tourism torch bearer for the hard working governor of Lagos state.

When I sat down, I watched the body language of the third eleven “Team Lagos” she sent, to cover her misdeed, her thoughtlessness, her betrayal of a governor, who gave her opportunities,  her pharmaceutical background,  will never provide in ages to come. The team spent the night, apprehensively looking backwards. Her artistic cultural team sent, to add colour to the event, could not go the distance.  They are simply a spent force, just a mere five minutes of uninspiring presence, they lumbered out with their drums and instruments,  ignoring pleas to showcase the best of Lagos cultural dance.

Nura Kangiwa, DG National Institute for Hospitality and Tourism, breezed in and in rare humility hardly seen among many people called to serve the industry, lifted his FTAN diadem of recognition to commitment to do more for the industry.  Nura Sani Kangiwa has interpreted and integrated his vision of National Institute for Hospitality and Tourism(NIHOTOUR’s) assignment to the industry expectations and FTAN can only encourage him to stay focused and not flounder.

In all these, FTAN remarkably emphasised that the government has no business in tourism.  Government can only fund the tourism economy, and not run it.

In Calabar and Lagos, federal and state government tourism officials, gave vent to this reality, still in the rustic mood of business of banqueting, gluttony and selfish enhancement, relegating serious tourism issues to Afghanistic template.

There is no denying the fact, FTAN dusted them, again and again.

Be the first to comment on "World Tourism Day: How FTAN Dusted Them By Frank Meke "