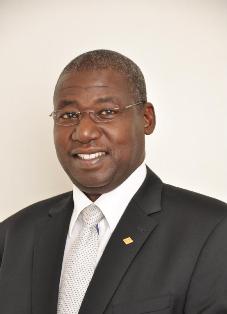 The Chief Executive Officer (CEO) of West Link Airlines, Capt. Ibrahim Mshelia, has appealed to the Federal Government to consider the idea of giving 10 years’ tax holiday and the removal of landing fees for all domestic operators.

This is just as he also advocated that the Federal Government should also consider charging only a nominal fee of $10.00 equivalent, as flat landing fees for all commercial operators; schedule, charter and General Aviation operators.

The West Link  boss spoke while presenting a paper titled, ‘How Domestic Airlines Can Sustain Operations in The Face of The Global Energy Challenge,’ at the 51st Annual General Meeting (AGM)/Conference of the Nigerian Air Traffic Controllers Association (NATCA) in Ibadan, Oyo State.

Speaking further  on the harsh environment the airlines operate, Mshelia said that operators are overburdened with multiple surcharges by the agencies, calling for some of the charges to be expunged from the system.

To buttress his point, Mshelia cited the 5 per cent Ticket Sales Charge/Cargo Sales Charge (TSC/CSC) remitted to NCAA, which according to him is enough to fund all the aviation agencies if the staff were in commensurate with their performance.

He further argued that the 5 per cent was enough to maintain the runways and the airport environments.

The Federal Government, he pointed out, cannot continue to tax airlines to grow the parastatals and appealed for a delicate, symbiotic balance between the airlines and the parastatals.

“Moving forward, the parastatals’ funding should be rejigged, while realistic models should be adopted. We are causing a lot of damage to the growth of the domestic carriers under the existing surcharge regime.

“We are blessed with a lot of studies already done. We can begin to look into the reports already handed down to us by committees set up in the past and start a dispassionate implementation of some of their recommendations.

“Government also needs to find a way of funding the industry, while every factor affecting its growth should be checked. Most of our moribund airlines went under as a result of paucity of funds. We need to know that the same environment leading to the death of those airlines persists, if not getting worse,” he said.

On the high interest rate charged by financial institutions in the country, the airline operator advocated for single-digit interest rates that will span over 25 years for domestic operators.

He said that the global practice for successful national or flag carriers is 1.5 to 3 per cent interest rates and at maximum of 25 years.

He stated that in Nigeria, interest rates are between 22 to 35 per, wondering how the airlines could operate profitably under very harsh conditions.

He appealed to the government to make Forex easy and available to aviation businesses, warning that without this, airlines and other businesses in the sector would continue to collapse.

On the agencies, he contended that the support staff in each of the agencies take up to 90 per cent of the total workforce, while the technical staff are only 10 per cent.

Mshelia argued that the high number of staff in the agencies was responsible for some of the challenges faced by airlines in the sector, adding that most of them lay emphasis on revenue generation, rather than provision of quality services to their clients.

The current situation, he said, made the agencies more expensive for the Federal Government.

Using NAMA as an example, Mshelia said the agency had over 5,000 staff nationwide, but it actually required less than 500 staff to operate optimally.

“I want to say that some of our existing agencies are not working at optimal capacity. We have a situation where the agencies are working with more support staff of about 80 to 90 per cent and not more than 10 per cent professionals. This situation makes the agencies over-bloated and very expensive to run.

“We also need a total overhaul of the aviation industry. We should adjust the way we run the parastatals, and the way we fund them for the domestic airlines to thrive,” he declared.

Be the first to comment on "Domestic Airlines  : Mshelia Appeals To FG For 10 Years Tax Holiday"