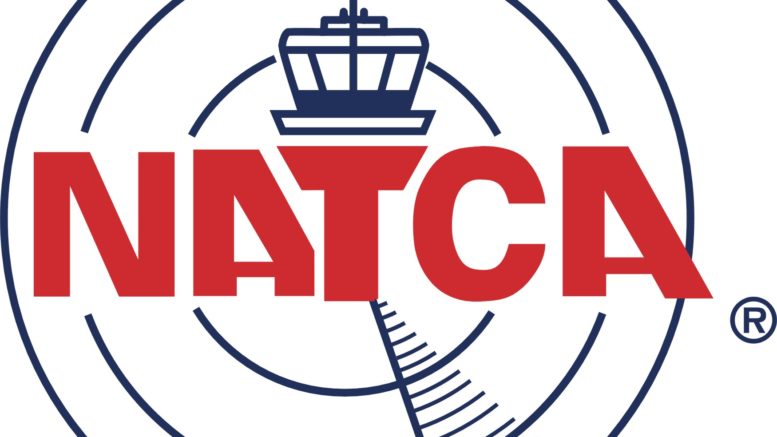 …As NATCA Expresses Worry Over Future Of ATCs

The Director ,Centre for International Advanced and Professional Studies(CIAPS), Prof. Anthony Kila has said that Nigeria with its size and structure should tinker with the idea of making aviation an essential infrastructure.

Prof. Kila , who was also the Chairman of the occasion, said this while making his opening remarks at the Air Traffic Controllers(NATCA) organised  51st AGM/Conference with the theme, ‘Energy Crisis & the Aviation Industry: A Quest for Sustainable Growth’ in Ibadan, Oyo State.

This is just as he urged NATCA to step up its game to ensure that it becomes an influential body in making policies in the  aviation industry.

Speaking further, Kila said that another area that Nigeria needs to look at in aviation is the area of finance, reiterating the need to have an Aviation Bank.

According to him, “I have argued elsewhere and I still hold that we need to have an Aviation Bank. For aviation to be viable, we need lots of investment and we need such to be channeled in the right areas. In my mind, the aviation bank should be a platform to attract investment and savings that will provide funds for airport infrastructure, airline viability and human capacity. These funds will come from bodies and investors that go beyond the aviation world. It will require that attractive offers are directed to those savers, investors and innovators currently not involved in aviation to join the sector as stakeholders and shareholders.”

Government and aviation leaders, he said need to deploy fiscal and monetary policies that will facilitate the refining of aviation fuel in Nigeria.

He added that he also believes that governments and leaders in aviation need to advocate for and invest in aircraft maintenance facilities in Nigeria.

Speaking further, the Chairman said that stakeholders in the industry need to invite real estate investors to come and build bespoke commercial facilities around aviation, adding that such policies will not only make flights and aviation fuel available for airlines and passengers,create jobs and wealth for many whilst making Nigeria a true aviation hub in the region but that they will also ease the pressure on demand for Forex.

He posted that just like aviation, the role of ATCs is not taken seriously,calling on NATCA to make the voices of ATCs heard.

In his words, “I am not advocating for you to start creating trouble for anyone. I do believe however that a profession so crucial and so demanding needs more recognition in our society. Like the cloud, Air Traffic Controllers are everywhere but no one talks about them. Afterall, NATCA membership cuts across public institutions including Nigerian Airspace Management Agency (NAMA), Nigerian Civil Aviation Authority (NCAA), Nigerian College of Aviation Technology ( NCAT) and the Accident Investigation Bureau (AIB). Just like the cloud that we look at before it rains and look at after the rain, Air Traffic Controllers are always there but we do not talk about them. It is my hope that starting from today, Air Traffic Controllers through NATCA will become more visible in aviation conversations and more influential in the conception and implementation of aviation policies.”

Speaking at the occasion, the Acting Managing Director of NAMA,Engr. Matthew Pwajok said that the management of the agency is aware of the current and impending dearth of ATCs occasioned by retirement,death and increase of the number of airports in the country and that the agency is also aware of the pressure the shortage has been having on NATCA members.
He assured NATCA that the management is already working to ensure that the situation does not become an emergency.

The Managing Director, who was represented by the Acting Director of Operations, NAMA, Engr. Haske Jubril said that to address the shortage, a Basic ATC Course is currently running in NCAT,, Zaria for 40 cadets, adding that very soon another set will resume as soon as there is space in Zaria.

This, Haske said is besides effort by the management to secure approval to recruit additional 100 ATCs for strategic replacement of ATCOS that will retire from service in 2028.

He informed that the management has already absorbed additional six ATCOS trained by the Niger Delta Development Commission (NDDC) and that they have since been integrated into the system.

NAMA, Haske said has trained 16 ATCOS in the phase 2 of CPDLC in Paris,, France.and that additional 20 is scheduled to be trained in Cairo,Egypt in the next two months.

He added that additional 12 ATCOS are to undergo Search and Rescue Mission Coordinator s training course in Nairobi, Kenya.

He said that NAMA has also conducted a training in that line for General Managers of core ATC Department in June 2022 to strengthen and enhance the managerial capacity of top ATC management.

Similarly, the MD representative said that to enhance collaboration capacity of ACC Supervisors and forestall needless operational errors that could impact operations negatively.

He commended  NATCA for the constructive engagement with the management of the agency , adding that the efforts of the association is yielding positive results.

The constructive engagements, he said should continue as it helps to create harmony between the management and the association.

Earlier, the President of NATCA,, Mr. Adebayo Agoro  called on the authority to always accord ATCs the respect that they deserve, adding that sometimes the  ATCs are treated in unfair manner by some persons in authority, whose names he didn’t mention.

He also said that sometimes ATCs are unfairly stagnated and that the system out-rightly refused to accord NATCA members their hard earned and justifiable benefits that has negative social and financial repercussions on the physiological well-being of our members.

Agoro said that as  professionals, ATCs are worried about the future of the profession .

On  Air Traffic Management (ATM), he said that it  is undergoing considerable change and that new concerts of what ATM is or should become are being continuously investigated and that interested groups are lobbying for their particular favorites.

He used opportunity to call on the Aviation Minister, Senator, Hadi Sirika to confirm the appointment of the present Acting Managing Director of NAMA, Engr. Matthew Pwajok ,as the substantive Managing Director of NAMA adding that this is the wish of majority rules f NATCA members  and in.view of his performance so far.
He also commended the Minister for his support.