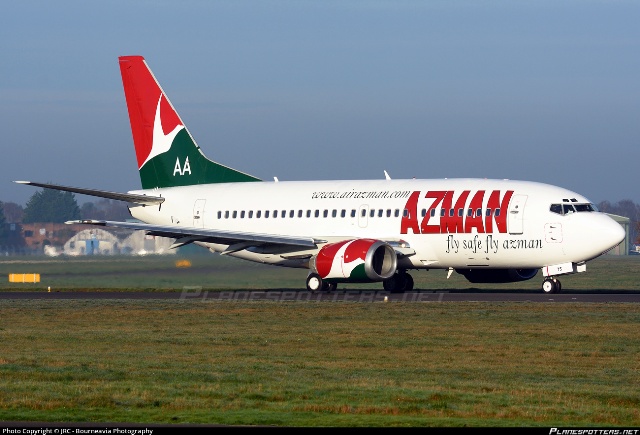 The Nigerian Civil Aviation Authority (NCAA) has suspended Azman Air operations for its inability to renew its Air Transport Licence (ATL) within the stipulated time, for not providing security and tax clearance and for refusing to remit the 5 per cent Ticket Sales  Charge(TSC) and Cargo Sales Charge(CSC)totaling N1.2 billion,

The Director General of NCAA, Capt. Musa Nuhu disclosed while speaking to some select aviation journalists in a WhatsApp conference today.

He explained that Azman’s ATL expired in April 2021 and that it wrote to Azman in January to renew its ATL and that the airline responded to NCAA letter in March asking that it should be giving 90 days within which to renew it   but that the NCAA wrote back telling them that it can only give 60 days.

He added that after the expiring of the 60 days, the airline asked for another 30 days and that because of the issues in the industry then, it gave the airline 30 days which expired yesterday

On the debt of N1.2 billion from the 5 per cent TSC /CSC owed NCAA, the DG said that Azman had offered to pay N10 million monthly but that NCAA refused and that later Azman increased the amount to N20 million but that NCAA told the airline that the regulatory body can only accept N50 million monthly.

The TSC/CSC is shared by  NCAA, and other  aviation agencies which includes : Nigerian Airspace Management Agency (NAMA), Accident Investigation Bureau (AIB) Nigerian Meteorological Agency (NiMET) and the Nigerian College of Aviation Technology (NCAT), Zaria.
The TSC /CSC is the main source of revenue for NCAA as it derives  58 per from the total 5 per cent  while the other four agencies share the remaining balance of 42 per cent.

He further stated that apart from the inability to renew its ATL, remit the N1.2 billion fund owed NCAA, the embattled airline was not also able to present tax clearance and security clearance from the relevant authority.

According to him, “The airline owed us N1.2 billion as TSC/CSC. We invited them, set up a committee for that purpose. Azman said they would pay the sum of N10 million monthly out of the debt, which we refused. They later came up to N20 million, but we insist on N50 million monthly. If we had agreed the N10 million monthly, it means it will take them about 12 years to repay back the money it had already collected and by then, the money would have lost.

Nuhu said that the era where airlines collect money on behalf of NCAA and refuse to remit is over, adding that the regulatory body can no longer tolerate.

The DG said that for Azman to resume operations, it must submit its tax clearance, Security clearance and  must sign an MoU with NCAA to be remitting N50 million monthly of N1.2 billion it is owing the regulatory body.

“The issue of airlines withholding government funds is no longer acceptable,” Nuhu said.

Nuhu said that henceforth any airline whose ATL expires and has not remit the money to NCAA must sign an MoU telling the regulatory body how it wants to  repay the money owed, adding that NCAA is under pressure by government to take action to get the money from the debtor airlines.

Be the first to comment on "NCAA Grounds Azman Air Over Expiration Of ATL, N1. 2B  Debt"