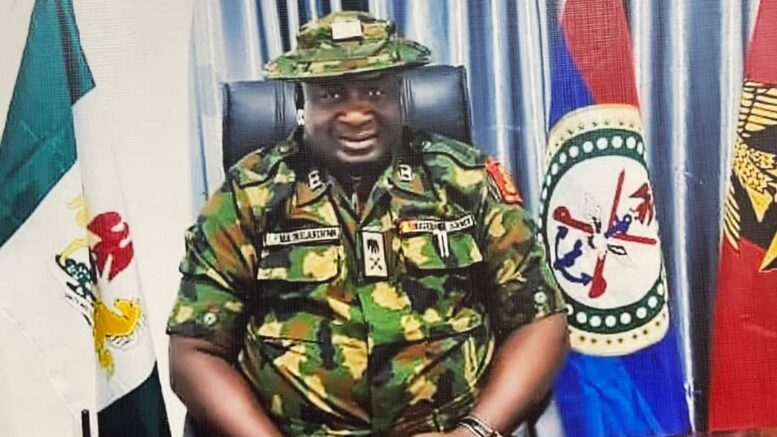 A lawyer and human rights activist, Chief Abdullai Tony Dania, has debunked allegation made by the mother of convicted fake Army General, Bolarinwa Abiodun accusing the Economic and Financial Crimes Commission (EFCC) of forceful take over of her family house.

Mrs.Adetona Funke Adebowale, an octogenarian and mother of convicted fake Army General, Bolarinwa Abiodun, had accused the EFCC of taking possession of her family house.

Her son, Bolarinwa, was convicted, and sentenced to seven years imprisonment, by Justice Oluwatoyin Taiwo of the Special Offences Court, Ikeja, Lagos, on July 7, 2022, over the N266.5million fraud, unlawful conversation and among others.

The judge also ordered that all the proceeds of his crime, which includes; four vehicles, a 3-bedroom bungalow at 1, Ajoke Ayo crescent, Alagbado, Lagos, recovered from him by the EFCC and the sum of N20 million, be forfeited and released to the nominal complainant in the charge.

But, lawyer to the complainant in an affidavit of fact relating to Charge numbered ID/18213C/2021, deposed to before the Lagos division of the Federal High Court, Lagos and filed on September 13, 2022, took responsibilities for all that transpired in the course of taking physical possession of the house and the removal of the household items therein.

He said contrary to social media publications, EFCC lawyers were not present when he took physical possession of the house and the removal of household items.

He stated that the Defendant was convicted upon his voluntary plea of guilt and he was sentenced to 7 years imprisonment, the four vehicles and the 3 bedroom bungalow at No 1 Ajoke Ayo crescent, Alagbado, Lagos, recovered from him by the EFCC, were ordered to be released and forfeited to the Complainant, and that he should pay N20 million to the Complainant.

The lawyer stated that pursuant to the judgement, via a letter dated 20th of July, 2022, he formally requested that the aforesaid four cars and the building be released to his Client, which the EFCC obliged them.

According to him, the said 3 bedroom bungalow at 1, Ajoke Ayo crescent, Alagbado, Lagos, was sealed and padlocked by the EFCC, since January/February 2022, when the convict was arrested, and upon the release of the b weuilding to them, the EFCC removed the seal on the building.

The lawyer further stated that upon opening the padlock that was used to locked the gate of the aforesaid 3 bedroom bungalow, it was discovered that a woman and a young girl were in the house, but no one knows how they gained entrance into the house, and that on behalf of his client, he took possession of the house and removed the household items therein, in the presence of the woman.