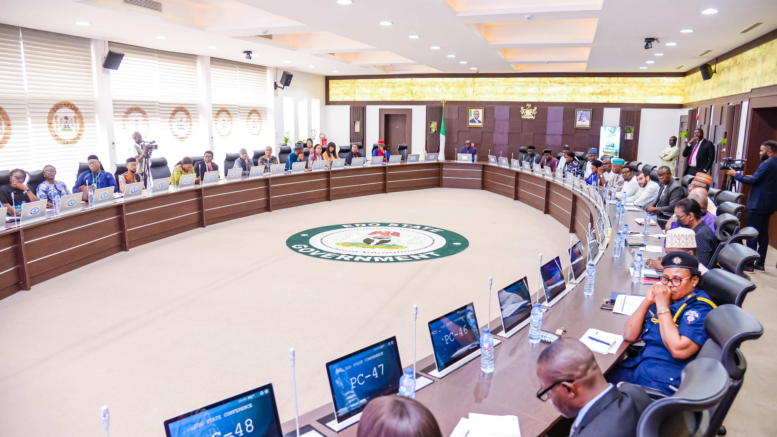 * Governor Godwin Obaseki at a workshop organised for Ministries, Departments and Agencies (MDAs)

The Edo State Governor, Mr. Godwin Obaseki, has called for collaboration of stakeholders in developing a master plan for the tourism sector that will impact on socio-economic development and improve livelihoods of Edo people.

The governor made the call at a workshop organised for Ministries, Departments and Agencies (MDAs) with a view to develop a master plan for the sector, at the Government House in Benin City.

According to Obaseki, “The workshop is to enable us to design a plan that we can act on and execute such that, as a government and people, we will have a compass where we are going.”

“We don’t want to create a document and leave. Let us create a plan for ourselves. The plans are what we will leave. We cannot continue the way it used to be in the past. So, from what we are seeing today, what should we do now? Do we just fold our hands? I think, as a government, we should be able to build a road map,” he said.

Continuing, the governor said, “We are going to have a clear and deliberate plan. What is the role of these MDAs? How do we bring these stakeholders into this tourism plan?”

The Special Adviser to the Governor on Strategy, Policy, Projects and Performance Management, Mrs. Sarah Esangbedo-Ajose Adeogun,who also spoke at the event, said the stakeholders will come up with a proposal from their MDAs that will help to key into the tourism project of the state government.

Speaking further, she asked, “How do we script our story in such a way that people will take advantage of its economic benefits? How do you make it an experience that will drive tourism?”

The governor’s aide noted that the tourism system which would be delivered in different phases in 2023 should be seen as a collaborative effort, adding that “the MDAs are expected to play their part individually such that delivering a masterplan to achieve the desired vision of government for Edo people becomes an easy task for the state to achieve.”