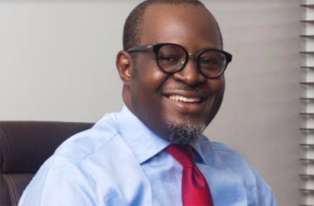 The Group Managing Director of Finchglow holdings, Mr. Bankole Bernard has said that the absence of a Central Data System(CDS) is a major challenge for  the Nigerian aviation industry.

This is just as he said that the establishment of the central data system would resolve half of the many challenges the industry is facing.

Bernard said this when he granted an interview to members of the League of Airport and Aviation Correspondents(LAAC)Conference Committee at the company’s Victoria Island office in Lagos.

He explained that with a central data system, it is possible to know the number of pilots, engineers, Air Traffic Controllers(ATC) that have migrated to other countries for greener pastures.

“The issue of data is a serious challenge in the Nigerian aviation industry and I remember I told the minister some time ago that anybody that will be bold enough to create a central data system for the aviation industry has solved half of the problems of Nigeria, not even the industry alone. Once the ministry or a sector is willing and ready to do it, every other one will follow suit. Till tomorrow, I don’t have a database I can log in to see the number of people leaving Nigeria. Why are they keeping the record? Is it not public information?

Speaking further Bernard said, “If we don’t have a central data system, how do we now ascertain the personnel within the industry? When you have a data system, it covers everything; it is all encompassing; personnel, assets, collection and number of aircraft and many more.  In the industry now, you don’t know who is leaving and who is staying.

The foreigners that the airlines intend to engage with or that they were engaging with in the past, they are going to pay them in dollars. Where is the dollar today? Once we have a central data system, our problem is automatically solved.”

The Nigerian Civil Aviation Authority (NCAA) should be in position to set it up and be the custodian of the system as the regulator, adding that the International Air Transport Association(IATA) has its own data of airlines operating into Nigeria.

“The regulator should be the custodian of such information or it can have an arrangement where an organisation can get the data on their behalf. IATA has its own record of airlines that operate into Nigeria. If I contact IATA now for the number of flights coming into Nigeria, they will give it to me, but I will pay for it. The reason is because they have all the numbers of their member carriers. The only ones they will not have are those who are not their members. So, why will IATA have data and me as a nation I don’t have one.”

On how Nigerian airlines can stay longer on international routes, the Finchglow GMD, said that the lack of Commercial Directors has placed a lot of burdens on the airlines, advising them to take time to understand the business they are into

“The Nigerian airlines should get their commercials right. Other people are getting it right and they come to Nigeria despite the aviation fuel challenge and the problem of forex,” he said.

He pointed out that anytime airlines go to the Central Bank of Nigeria (CBN) to buy dollars, it is subsidised by the Federal Government, adding that what some Nigerian airlines are saying is that the government should continuously subsidise them to remain in business.

In his words, “That is not how a business is done.  Our airlines choose the foreign routes they want to operate into and one expected them to have put their figures together.

Continuing, Bernard said, “Why can’t Nigerian carriers realise the fact that there are more opportunities in this market and the West Coast for them, which will add more value to their bottom line than the long hauls? Someone told me recently that a flight to Maiduguri is now about N400,000 and I said that makes a lot of sense. It is either you want to fly or you go by road where you may be kidnapped. It is not the airlines’ fault that they are charging that amount of money, but it is the reality on ground.”

He contended that the cost of tickets would still soar higher than what the industry is experiencing at the moment because several things act as determining factors.

Bernard insisted that anything that has to do with air transport is dollar denominated, adding that in view of this fact what airlines operators and other stakeholders doing the business should be doing is how they can ensure business success.

He further advised airline operators in the country not to dabble into the business of importing aviation fuel also known as Jet-A1 rather look for a practicable solution.

In his words, “Our airlines on foreign routes should request to pay their taxes from Nigeria on the foreign routes in naira instead of dollars. This will make them stabilise in foreign routes. Instead of Nigerian airlines to canvas for a license to start selling aviation fuel, they can approach the government for a more practicable way out. As an industry, let’s not lose focus on our business decisions.”

Be the first to comment on "Lack Of Central Data System Major Challenge In Aviation Industry—Bernard, Finchglow GMD"