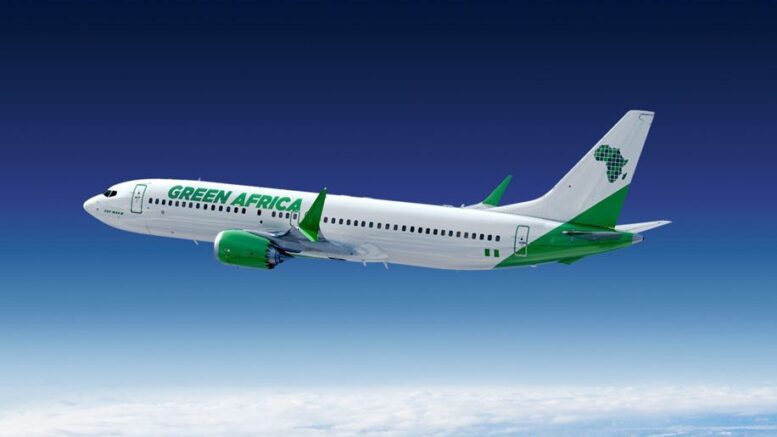 As part of its one year of successful flight operations, Green Africa, a value-carrier with based in Lagos, Nigeria, has thanked its clients and stakeholders for their support and patronage.

The airline which has weathered many challenges in the difficult operating environment attributed its survival and success to the support and patronage it has enjoyed in the past 365 days to its loyal clientele and other stakeholders.

The airline said that the journey so far has not been entirely smooth for the company given the current challenges facing the aviation industry in Nigeria, especially the increase in the cost of Jet-A fuel and the fluctuations in exchange rates.

These challenges, the airline said have seen the relatively “baby” company reschedule flights and in some rare cases, cancel them outright, adding that despite this, the company has always prioritised the safety of its customers.

Speaking, the Green Africa’s Chief Commercial Officer, Obiukwu Mbanuzuo said, “ We appreciate all our gFliers who have flown with us these last 365 days. Our record of safely transporting 300,000 passengers on 6,261 flights proves that we are committed to reducing flight disruptions to the barest minimum having our goal of safely taking every Nigerian a step closer to their dreams.”

Also speaking, the Founder and CEO of Green Africa, Babawande Afolabi,  in his remarks appreciated all internal and external stakeholders, who according to him have helped bring his vision to reality.

He commended the Nigerian Civil Aviation Authority (NCAA) and other third party suppliers such as the ground handlers, catering companies, maintenance and security providers and other key government agencies who have been there to support the company on its journey so far.

“I would like to acknowledge our shortcomings, especially with flight disruptions this past year and we can only assure all gFliers that all hands are on deck to improve reliability, and timeliness as we ensure that we get each customer one step forward toward their dreams,” he said.

He added that plans are on the way to improve its services and assure customers, of a positive turnaround in three to four months.

All customers need to do to win is to log on to the website greenafrica.com from Friday August 12th,2022 to Sunday, August 14th to try their luck at scoring one of the 365 tickets for travels between now and February 28th, 2023.

The airline said its mission, which is, “To use the power of air travel to create a better future” has been the main driver of its operations and activities from “training and flight operations to change of fleet and going international.”