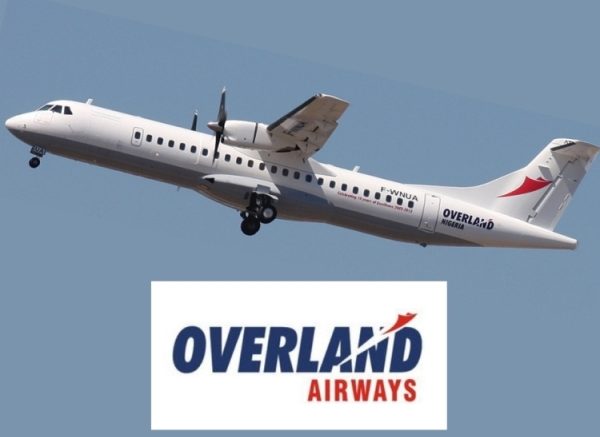 Overland Airways  flight OF1188 from Ilorin to Lagos  yesterday developed engine problem at about 7.50 pm  which caused  panic but the aircraft landed safely and the passengers disembarked unhurt despite the serious incident.

This is just as the Accident Investigation Bureau-Nigeria (AIB-N) said that it has been notified of the serious incident involving Overland Airways aircraft ATR42 with registration mark 5N-BRQ Flying from Ilorin and that investigation has commenced.

The airline disclosed this in a statement it issued on the incident, describing the interventions by aviation agencies as prompt and reassuring.

The airline regrets the inconvenience the incident may have caused the passengers and assured the travelling public of its full commitment to safety of its services and passengers.

On the cause of the incident, the airline’s Manager Corporate Business Development in the statement said that its flight OF1188 from Ilorin to Lagos experienced an unusual high turbine temperature on one of its engines yesterday at about 7:50pm which occurred in the approach phase of flight but the aircraft landed safely as the Crew skillfully implemented their standard procedures for such abnormal situations.

The statement further said that all 33 passengers remained calm through the process and safely disembarked row by row in accordance with post COVID-19 procedures after the Aircraft came to a halt on the Murtala Mohammed International Airport Lagos runway 18 Right.

“No passenger was hurt in any way,” the Overland statement reads.

The AIB-N added that the serious incident occurred on runway 18R of the Murtala Muhammed International Airport(MMIA), Lagos at about 18.40 pm on June 15,2022.