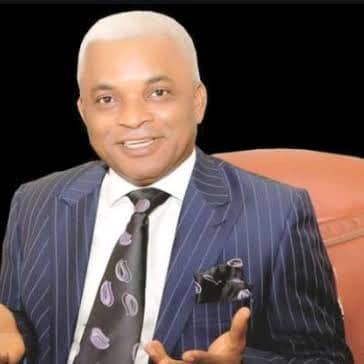 Ahead of the 2023 general election, former spokesman of the 6th House of Representatives and former Speaker of the West Africa Institute of Financial and Economic Management, WAIFEM, a regional forum for legislators, Rt. Hon. Eseme Eyiboh, has emerged the candidate of the All Progressives Congress, APC, to represent the Eket/Onna/Esit Eket/Ibeno federal constituency.

Eyiboh emerged in a landslide, garnering 180 votes out of a total 215 votes cast in the primary election.

Congratulating Eyiboh on his victory, the President General of Ekid People’s Union, EPU, Dr Samuel Udonsak, enthused, “The candidacy of Hon Eseme Eyiboh for Eket federal constituency on the APC platform, is pleasing to our community.

“The APC, by the nomination of Eyiboh, a grassroot team player and innovative politician, has made the right choice.

“Our community intends to use him to pull the trigger of our collective urges. The APC has scored another bull’s eye with Eseme Eyiboh’s candidacy.”

Eyiboh was the Dean of an intellectual group in the 6th House of Representatives – The Faculty Board of the INITIATIVES, which provided a platform for public policy dialogue and constructive legislative engagements.

The Akwa Ibom State-born enterprise development innovator and former Chairman of the board of the Cross River Basin Development Authority, CRBDA, with the gift of the garb, is a quintessential mobilizer and legislative asset, not only to his constituency, but the House of Representatives in particular and the National Assembly in general, and will be bringing a wealth of experience and a repertoire of legislative experience, acumen and an unequaled mind power to bear on the legislative activities of the next House of Representatives.