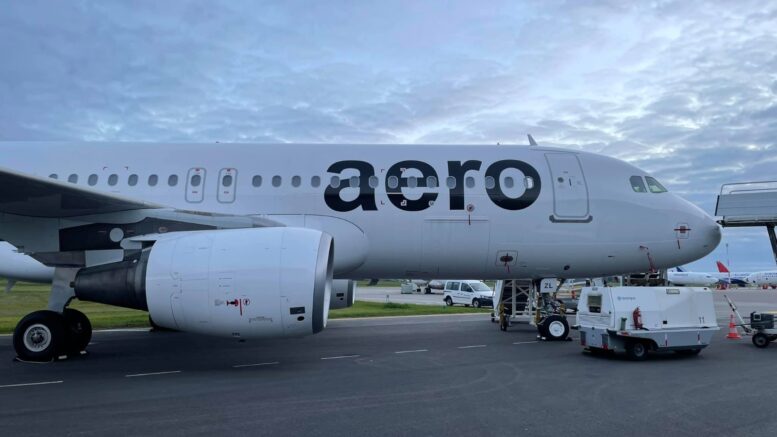 Trouble does not only rains in Aero but also pours ,as  offices of the  oldest airline in Nigeria;Aero Contractors  was yesterday sealed by officials from the  Federal Inland Revenue Service (FIRS) for not remitting taxes close to N350 million .

The closure of the airline offices  came barely 24 hours after the National Union of Air Transport Employees(NUATE) and the Air Transport Services Senior Staff Association of Nigeria(ATSSSAN)  called on the Federal Government through the Aviation Minister, the National Assembly, Minister of Labour and employment to intervene in the situation in Aero Contractor and Arik Air to save airlines workers, their families and Nigeria’s aviation industry from imminent disaster

According to a source who spoke to AbelNews on the condition of anonymity because he was not authorised to speak listed the offices that were sealed by FIRS to include that of the Managing Director, Finance, Legal Departments and  Human Resources.

The source further told the online news platform that what infuriated the FIRS officials was the fact that they wrote letters to the airline but that the airline bluntly refused to respond to any of the agency’s letters.

AbelNews learnt that the debt consists of legacy taxes that were not remitted before and after the airline was placed under receivership of Asset Management Corporation of Nigeria (AMCON).

It was however learnt that the embattled airline has paid about N50 million to FIRS and that the taxes, which led to the sealing up of Aero’s offices are not current taxes.

Attempts to reach the Managing Director of Aero, Capt. Mahmood Abdullahi to state Aero’s side of the story was not successful as several calls to his mobile number failed.