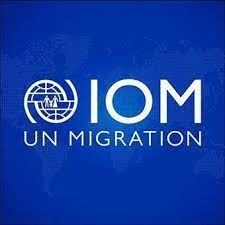 The International Organisation for Migration(IOM) said yesterday that about 70 migrants are presumed dead after going missing off the Libyan Coast since late February.

The United Nations agency said that 22 migrants had been found dead after boats capsised on February 27 and March 12, with 47 still missing.

IOM in the latter tragedy, a boat reportedly carrying 25 migrants capsised off the Libyan port city of Tobruk, bringing the total number of migrants reported dead or missing in the central Mediterranean to 215 so far this year, it said.

According to , IOM’s Libya Chief, Federico Soda, “I am appalled by the continuing loss of life in the Central Mediterranean and the lack of action to tackle this ongoing tragedy.”

He called for “concrete action to reduce loss of life … through dedicated and proactive search and rescue and a safe disembarkation mechanism”.

“Each missing migrant report represents a grieving family searching for answers about their loved ones,” he added.

Libya has long been a springboard for migrants, often from countries ravaged by war and poverty, to make desperate bids to reach a better life in Europe.

Many end up drowning in the attempt, making the central Mediterranean route the world’s deadliest migration corridor.

More than 123,000 migrants landed in Italy from Libya and neighbouring Tunisia in 2021, up from about 95,000 the previous year, according to the UN’s refugee agency UNHCR.

Nearly 2,000 migrants went missing or drowned last year in the Mediterranean, compared to 1,401 in 2020, according to AFP.