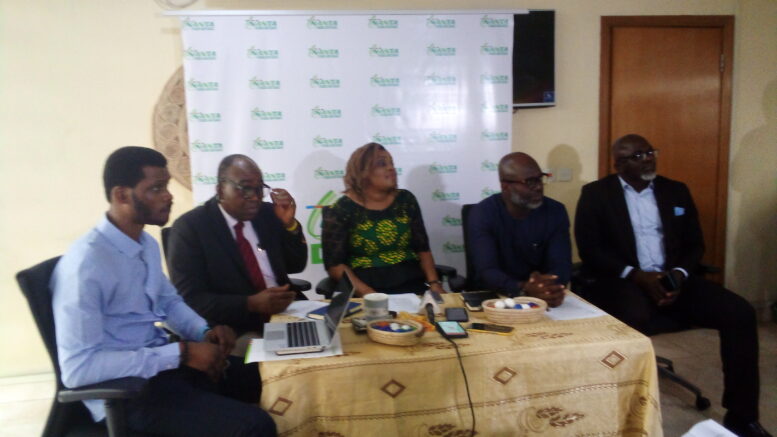 …As Akporiaye Contests For Second Term

…Says Kano Is One Of The Peaceful ,Safest Cities In Nigeria

The National Association of Nigeria Travel Agencies(NANTA) has disclosed that the Emir of Kano, Aminu Ado Bayero has given approval for a mini Durbar festival to be organised during the association’s 46th Elective Annual General Meeting(AGM) scheduled for the ancient city of Kano between March 23-25,2022.

The President of NANTA, Mrs. Susan Akporiaye disclosed this while briefing journalists on the forthcoming 46th NANTA  Elective AGM and what to expect at the event.

Speaking further, the NANTA President said that the day’s briefing coincided with the International Women’s Day(IWD)and said that she celebrates with other women in Nigeria and all over the world.

Akporiaye said that the association was in Kano recently where the deal to be the official marketer and promoter of the  famous Kano Durbar Festival was sealed, adding that that is one of the achievements of the association.

The President, who also said that the mini Durbar during the NANTA elective AGM will be a test run for the main Durbar Festival, revealed that she would be running for a second term, having achieved a lot for the body in line with her campaign  promises.

She said that the theme of this year’s NANTA’s elective AGM is,  “Anti-Trust Opportunities Available for Protection for the Nigerian Travel Market”, adding that the theme was informed by the  presentation by the Chairman of Lagos State Law Reforms Commission, Dr. Kemi Pinheiro on “Anti- Competition Law and Market Distortion’ to the Lagos Zone of NANTA in December 2021.

She said that while not pre-empting Pinheiro, some of the issues listed below should be addressed in downstream aviation.

On what necessitated the choice of Kano for the NANTA elective AGM, Akaporiaye  said, “Kano is misconceived by so many people .As a matter of fact, Kano is one of the most peaceful and safest  cities in Nigeria. In Kano, communal policing is in practice. The average Kano businessman does not want his business to be disrupted. Therefore, if he senses any security breach before you know it he or she has reported the matter and the culprit is apprehended. Kano is very safe.”

Speaking on her achievements as her first tenure runs to a close, the President said that today the Egyptian Embassy has given NANTA  permission to handle Tourist Visas for tourists visiting Egypt  and that the association has been given a check-list to follow by the Egyptian authorities.

She said that the deal signed with the Kano Emirate to be the official marketer and promoter is one of the achievements, adding that she and her team were able to open NANTA for more partnerships.

In her words, “I didn’t make many promises. I made only a four point agenda . I have been able to fulfil my campaign promises.”

Speaking on the achievements of the incumbent President, the Vice President , Lagos Zone, Yinka Folami said that the Akporiaye has even achieved beyond what she promised.

According to him, the President  is equally  strong in advocacy, uniting  members and partnerships