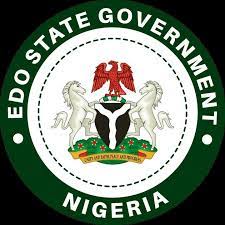 …Sends Bill To House Of Assembly

The Edo State Governor, Mr. Godwin Obaseki, has said his administration will partner the Federal Government on the management of the Okomu National Park, to revitalize the park and strengthen security in the area.

Obaseki disclosed this on Thursday while addressing the Conservator of the Okomu National Park, Mr. Augustine Obekpa, when he visited the park in Udo Community, Ovia South-West Local Government Area of the state.

The governor also stated plans to send a forestry bill to the Edo State House of Assembly for consideration to bolster efforts at protecting the state’s forest reserves.

He noted, “We are going to be sending a forestry bill to the Edo State House of Assembly for consideration next week. We will make sure that we expand the law beyond forestry assets to also cover the natural assets found around the forest.

“We want to collaborate with the National Park Service. I will visit the Minister of Environment to offer her a certain proposal to allow the Edo State Government to jointly manage the park with the federal government because this is our resource.”

Obaseki continued: “With that collaboration, it means that we would put in more resources. We would like to increase the number of rangers and park officers to protect not only this park but some other reserves that are around us here, particularly the Okumo Reserve and the Gelegele Reserve.

“We will pay for the new hires under such an arrangement. We will upgrade your training, as well as provide more facilities and amenities for the park.

“Nobody will come here if they don’t feel secure and safe. This does not apply only to the park and the resources around this area, but it is important for people to know that they are secured when they come in to enjoy nature.”

“We will make sure that we improve the security of this park and expose the beauty and ecotourism opportunities of the park,” he added.

Obaseki further stated, “We have been hearing of nefarious activities of criminal elements, both in the park and the forest reserve, and also the Okomu Oil Palm Company. Today, we are on a fact finding visit to examine what exactly is going on in the park.

“We have to find out the number of attacks, where the attacks are coming from and see how the state government can come in and collaborate effectively with the park using the full security system in the state to deal with the security challenges that we have here.

“Government will not just sit back and allow the kind of criminality that we are seeing in this area. Our worry is that if we don’t confront them now, it will get out of hand.

“We are hoping to get the full report from you and to understand clearly how the criminals are operating. We saw a truck outside the premises which I believe was recently seized with high quality wood.”

“You know how expensive these items are. Our concern is that these criminals come in, log illegally and take the logs out, sell them and procure more arms and come in to occupy the territory,” Obaseki noted.

In his remarks, the Conservator of the Okomu National Park said the park is home to white-throated monkeys, Buffalo and Elephants, noting that farming, hunting and illegal logging was affecting the natural habitats of the animals.

Obekpa appealed to the governor for logistics support to enable them to effectively protect the forest assets.

Be the first to comment on "Edo State Govt. To Partner FG On  Revitalising  Okomu National Park"