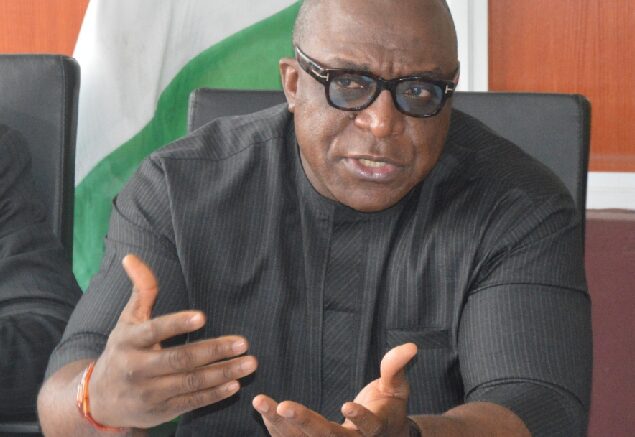 The Chief Executive Officer of United Nigeria Airline, Chief Obiora Okonkwo, has commended Air Peace for the feats it has attained in Sub-Saharan aviation, urging Nigerians not to bring the airline down with attacks borne out of ignorance

The commendation is coming at a time the airline is allegedly being deliberately attack online in recent times.

Okonkwo, who made the statement in an interaction with javiation journalists recently during the airline’s first anniversary celebrations, asserted that Nigerians should be grateful to Air Peace for all that the airline has been doing in Nigeria’s aviation.

He added that Nigerians should not allow the negative posts of detractors to pull down the company.

“Air Peace has taken a lot of bashing, knocking and pushing and they are still up there. We should not allow deliberate attacks that arose from utter ignorance or outright mischief to bring such a company down because if anything happens to Air Peace today, each and every one of us will pay the price and the economy will suffer”, he stated.

According to the airline CEO, “Air Peace deserves respect and commendation. We should not be quick to forget the good things they have done for this industry and country. Thanks to Air Peace, we can fly Nigerian flag to different countries of the world. We should feel proud of this, and this is a dream for most airlines in Nigeria. So, when Air Peace does these things, we all look up to the airline for inspiration”.

Okonkwo urged aviation reporters to partner with airlines as stakeholders in aviation in educating and enlightening the flying public on key aviation issues.