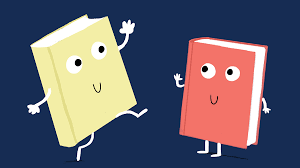 This book contains nine short stories of different African experiences. Each of the stories is accompanied at the end by life-lessons and morals about ways of good life especially for children.

The first collection of the short stories are serialized here. Enjoy the read.

Once upon a time, there lived a boy named Obinna in a small rural town in South-Eastern Nigeria who was born with a silver spoon; nonetheless, he was still a greedy boy. Most of the time he could be seen eating other children’s food which did not belong to him.

Though he was always given lots of snacks by his parents for school, but he would normally eat them all before he even got to school. When at school, he then starts begging from other kids. Funnily at home he always acted well-behaved, but at school he had a poor reputation as a serial-beggar of food.

One fateful day he begged a boy for some sweets, but the boy refused to give him because he knew that Obinna must have had some from home. Angrily, Obinna then planned revenge on the boy. Next day, Obinna cunningly put soldier ants in the boy’s uniform which stung the poor boy making him to yell and cry.

Unknown to Obinna however, another boy saw him while placing the ants in the other boy’s bag and made a short video of this act. The secret video was then handed-over to a teacher to whom Obinna’s devious act was reported. Obinna was called before the teacher and asked to confess but of course he denied any knowledge of such.

After his several denials, he was confronted with the secret video, but incredibly he claimed he was placing sweets in the boy’s bags – and not insects!

“Yes, I placed something in his bag. But No, it was not insects I put there. I put some sweets there for him”

The teacher then asked Obinna to take out the sweets he claimed to have placed in the boy’s bag & eat them himself. The bag was given to him and he was asked to go ahead and enjoy the sweets.

Confronted by his evil deed, Obinna then burst out crying; confessing his actions and pleading for forgiveness, while openly apologizing to the hurt boy.

Obinna’s punishment was then pronounced by the teacher; it was that he would use his pocket-money to buy a bag of sweets everyday which he would distribute among every boy and girl in his class for the rest of the term.

MORAL: Be satisfied with whatever you are given as a child.

There once lived a girl called Adaoma. She was a princess who had nine other sisters and they all lived in a magic world underneath the river.

All of the ten sisters however were told about a very valuable object which was a magic spoon. The king their father, took special took care of it. One day however, a very big boat crashed in the river they lived in. Some of the inhabitants of the boat survived and everybody in the river kingdom was asked to stay away from them.

Amongst the human beings that survived, one of them who happened to be very handsome, caught Adaoma’s interest. On further enquiry, she found out that he was also a prince. They met by accident and he promised to lead her to civilization. Adaoma agreed, but before leaving the underwater kingdom she stole the magic spoon which the prince said they would need in the civilized world where they were going and ran away with the prince.

Later when Adaoma’s father found out that Adaoma was missing and had taken the  magic spoon along, he desperately organized a search party to look for his daughter and the magic spoon but they never found them.

In the civilized world where Adaoma now settled-down to, she got married to the prince and completely forgot about her family. Years later when she gave birth to children they all sadly died prematurely and after wondering why this was happening repeatedly to her and her husband, she finally decided to go to back to the underwater kingdom in search of answers.

On her return to the kingdom, she found that all her nine other sisters were now old and had become slaves to an evil genie. The evil genie was now ruler of the underwater kingdom and Adaoma’s father was long dead.

Her sisters initially could not recognize her when they saw her, but after introducing herself and calling out their names individually, they shed tears of joy and welcomed her with open arms.

They told her of all the ill-fortune that befell them after she ran away with the prince and magic spoon. According to them, the spoon was a treasure long kept in their family from generations down. It was supposed to ward-off all other underwater evil spirits as long as the spoon remained in their family. But the moment it ceased to be in their possession, all manner of ill-fortune, pain and suffering would befall them. The sisters concluded that the repeated death of Adaoma’s children while in the civilized world, was the curse of the magic spoon which was following her; because the magic spoon could also not be taken out of the underwater world or else it’s powers would cease.

Adaoma raised her voice and wept with her sisters in deep pain for all the suffering and trouble she had apparently caused all of them. She then promised to return to the civilized world to fetch the spoon and bring it back to its rightful place in the underwater kingdom.

Alas, when Adaoma returned to her home in civilization, she could not locate her house where she lived with the prince anymore. She only found a shiny, new building which on further enquiry she was told was a strip mall. Adaoma cried and asked about her house and her husband the prince but was told that everything hitherto standing on that stretch of land had been destroyed and pulled-down for the new mall. The prince she was told, was actually the son to another king who was sworn enemies to a mythical king who lived underwater. According to what she managed to piece together, the king who lived in civilization above the earth, planned an elaborate boat trip some years back, that was meant to sink to the bottom of the sea with the hope that his son would locate a so-called magic spoon that will guarantee him and his family protection forever and ever.

“The prince was my husband!”, Adaoma cried to everyone who gathered around to listen to her.

“No, he was not your husband”, they replied to her. “He only pretended to be all of these three years in order to seize the spoon from you and return it to his father and save his family” Adaoma almost collapsed in disbelief.

So, poor Adaoma was left destitute and since she could not exist alone in the civilized world she returned to the underwater world to join her sisters as slaves to the evil genie. They sadly lived the rest of their lives serving the evil genie who tormented them day after day.

MORAL: Don’t be too hasty to trust a stranger.

Pride Goes Before A Fall

Once upon a time, there lived two men in a city. One was rich and the other was poor and they happened to live on the same street as neighbours. The rich man was arrogant and very full of himself. The

poor man always had little or nothing to eat and often went over to beg the rich man for food. But rather than giving him food the rich man rained all manner of insults and verbal abuses on him. This went on for years and years.

One day the rich man had a sudden heart attack, which was a health problem he had been concealing. On this fateful day as soon as he entered his car he started feeling some pains in his heart and chest, but he managed to drive his car home. When he came out of his car he fell straight down, sprawled on the floor. At this exact moment, the poor man who had seen his rich neighbour’s car driving-in, was approaching the house to ask for some help.

He immediately rushed to help the rich man lying on the ground, but he was drawn back by an inner voice telling him: “Remember he never gave you food, but instead he either rained abuses on you. Let him die” But another voice also said to him “Do not repay evil for evil”.

The poor man then re-collected all the moments of humiliation and abuse he had endured from the rich man and concluded that this would be his time to get revenge.

So, the poor man turned around to walk away.

At that moment, he heard the rich man cried out weakly, “Help me somebody, please help me. I can hear someone close by, please save me”.

While all these was happening, a bus which obviously belonged to a religious group was slowly passing in front of the building with a bold inscription on it: “The rich have many worries, but the poor have simple needs”

So with the rich man lying there helplessly on the ground, the poor man turned around again, listened to the second voice in his heart and went ahead to help the rich man. He lifted him up, put him back in his car and drove him to a nearby hospital. Later on, when the rich man became conscious in the hospital he asked the nurses who had brought him there? He was completely surprised when he was told that it was his neighbour the poor man.

On getting out of hospital, the rich man sent for his neighbour the poor man to thank him profusely for saving his life. At this point, the poor man told him that he also used to be rich.

“I was also like you, with lots of money and servants and people working under me. But one day, I woke up at night in bed with a high fever and realized I couldn’t move my legs or my hands. I tried to call out to my servants for help but my voice was too weak. I realized I was going to die if someone did not help me, so I crawled on the floor to my security gate outside where I woke up the guard. He was the one who got help for me and saved my life that night”

“So I realized that all my wealth meant nothing if I do not have people I could rely on in times of serious need.  Even though I later lost all my wealth, I never forgot that important lesson”.

The rich man then decided immediately to help the poor man by bringing him into his house. He also apologized to the poor man and gave him a job in his company as his Personal Assistant. The poor man also forgave him and they lived in brotherly love ever after. The poor man thrived in his new job and was never poor again.

MORAL: Money can buy most things, but cannot buy all things.