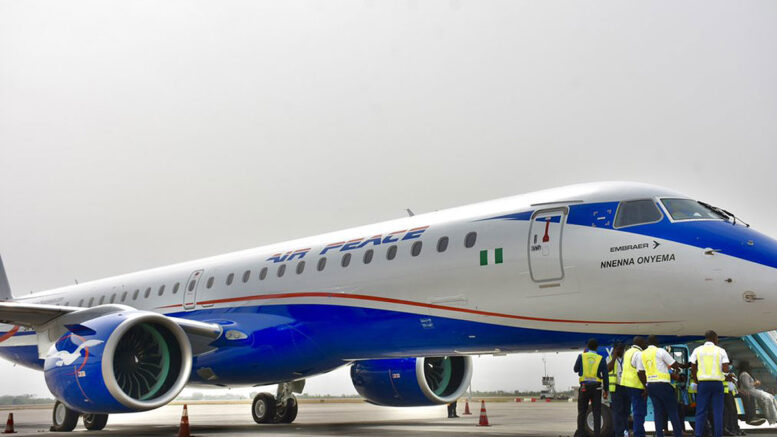 According to spokesman of the airline, Stanley Olisa,the deployment followed the Nigerian Civil Aviation Authority’s(NCAA’s) recent approval of the Anambra Airport to operate B737-700 and its equivalent aircraft,

This is just as the airline also increased flight frequencies on specific domestic routes, including Anambra.

Olisa, who disclosed this yesterday Tuesday, January 25, 2022, in a statement, hinted that the airline’s brand new Embraer 195-E2 and Boeing 737 aircraft, with more passenger capacity, will be deployed on the route, adding that frequency has been increased to daily flights for Anambra.

According to him, this new development means more flight availability for passengers flying the route, which is reflective of the airline’s resolve to ease the burden of air travel in Nigeria. “Passengers can now connect Owerri with 3 daily flights from Lagos and Abuja on the brand new Embraer 195-E2. These additional frequencies will take effect from January 28, 2022”, Olisa added.

Recalled that Air Peace is the first airline to land at the new Anambra Airport on April 30, 2021 and commenced scheduled operations properly on December 7, 2021, with an initial frequency of four flights weekly.

The airport had recorded 142 flights with 3,865 passengers landing and taking off after one month of its inauguration, according to the Anambra Commissioner for Works, Mr. Marcel Ifejiofor in an interview granted earlier this month.