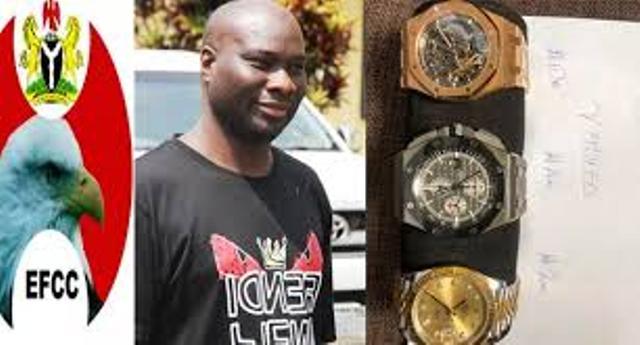 Justice Mojisola Dada of the Special Offences Court, Lagos has granted an internet celebrity, Ismailia Mustapha popularly known as Mompha, bail in the sum of N200 million with two sureties in the like sum.

The trial judge granted his application for bail deposed to by Ademola Adefolaju through his counsel, Gboyega Oyewole (SAN).

In a ruling after listened to argument from both Oyewole and the Economic and Financial Crimes Commission (EFCC) counsel, Rotimi Oyedepo on bail application, Justice Dada ordered that one of two sureties must own properties valued at N100million within the jurisdiction.

The court also ordered his remand in the custody of a Correctional Centre of his choice in Lagos pending perfection of his bail conditions while his international passport already submitted to the  is to remain in custody of the court’s registrar.

The EFCC had arraigned Mompha and alongside his firm, Ismalob Global Investment Limited for alleged money laundering to the tune of over N6 billion.

He is facing an eight- count charge bordering on the offences of conspiracy and money laundering.

Mompha pleaded not guilty to all the counts charges.

Earlier before the ruling, Oyewole prayed the court to grant his client bail for him to prepare for his defence in his trial before Justice Mohammed Liman of Federal High Court.

The lawyer argued that Justice Liman had been transferred out of Lagos, but he has been given fiat to continue with the matter, Oyewole noted that though, no date has been fixed for the defendant to open his defence.

In his 18 paragraph affidavit in support of his bail application which was deposed to by Adefolaju Ademola, he said defendant (Mompha) has never jump bail or missed any date of his trial before Justice Liman.

Oyewole further submitted that even when he had COVID 19, he complied with the order of the court.

“When he had COVID 19, his medical was registered outside the country. We attached all the report to the letter I personally signed to send to EFCC, to assured the commission that by January my client will have been fully recuperated and he did. He walked by himself to the EFCC as I promised. He was never arrested anywhere.”

The EFCC counsel, Oyedepo had in counter affidavit told court that the defendant in the last seven months have not complied with the court order. He said the defendant supposed to limit himself to UAE, he alleged that he violated court order.

He prayed the court to take all measure necessary to prevent undue delay in conduct of the matter.