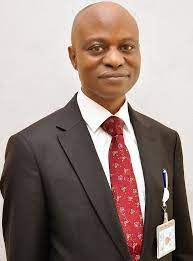 The reads, ” I am directed to inform you that the honourable Minister has approved that Mr. Pwajok , Mathew Lawrence, Director of Operations oversee the Office of the Managing Director/ CEO pending the appointment of a substantive MD/CEO”

” You are to kindly Accord the director all the necessary support and cooperation he needs while overseeing the office. While thanking you for your usual cooperation, please accept the esteem regards of the honourable Minister.”

Two other officers were appointed in NAMA . They are : Musa Mai- Salihu Director, Human Resources Management and Hauwa Usara as company Secretary in NAMA.

Recalled that Pwajok, the former Director of Operations retired from service in December, 2022, while Akinkuotu was appointed on January 2017.

At the Federal Airports Authority of Nigeria(FAAN), Ali Maina is Director Engineering while Gold Iwinose is Company Secretary and Legal Adviser. All other directorates are retained by their previous Directors.

Be the first to comment on "NAMA:  FG Appoints Pwajok As Overseer, As Capt. Akinkuotu’s Tenure Ends"