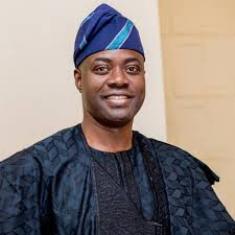 The history of human progress is anchored on the need to allow the past inform the present while the present informs the future in an unending march of human progress. It is against this backdrop that we are writing to refute and correct the distortions and falsehood about the history and tradition of Tede and her chieftaincy lineage.

The information contained in the anniversary pamphlets released to the public on the twentieth coronation anniversary of the incumbent Onitede of Tede Alhaji Raufu Adebimpe Oladoyin was false, untrue and unsubstantiated claims about the historical pedigree of Tede and her Obaship lineage.

To correct the falsehoods, is the reason behind this intervention. Hence as the true descendants of the founder of Tede and heirs to the Onitede of Tede chieftaincy, we felt the unsubstantiated claims should be put in proper perspective to forestall further misrepresentation of the history of Tede and her chieftaincy lineage.

To put the records straight, the 1954 declaration will be consulted. According to the 1954 declaration, the Onitede of Tede chieftaincy belongs to only three ruling houses of Adewale/Adekalu, Egbe-Omo and Daodu-Agba. These are the ruling houses that have been presenting candidates for the stool; of Onitede chieftaincy since time immemorial and this is corroborated by the Onitede Chieftaincy Declaration of November 4th 1954. It is a fact that mounting the throne of Onitede is by succession through being a male child from the three families listed above and being descendants of a previous holder of the title.

A little history of Tede will suffice here, EGUNYI OLUTIDE was the Eponymous progenitor and founder of Tede chieftaincy lineage. The first settlement of Tede was Ogbuuru but a little while, for administrative convenience. Egunyi moved the seat of government to MASIFA. Egunyi Olutide sired many children but Olugbiji was the Daodu (the first son) and when Egunyi passed on Olugbiji was installed at the second Onitede at Masifa. After him Mojibolu who was sired by Olugbiji was installed as king also at Masifa, after Mojibolu was Daodu-Agba and it follows down like that until Aderounmu Olukokun who was the 18th Onitede known to history, tradition and constitutionality. The three ruling houses known to Tede history and tradition evolved from Olusopo’s reign. Daodu-Agba, Egbe-Omo and Adekalu/Adewale ruling houses were brothers and all male descendants of Egunyi the founder of Tede town and kingship.

However a fabricated roll call of past Onitede’s was relayed during the said celebration. The writer of the fabricated story deliberately out of mischief to cause disaffection and to serve a particular end and concocted the names. More pointedly, the three ruling houses of Tede hereby refute and put on record that numbers 1, 2 and 3 roll call of past Oba presented by the story teller in the program pamphlets of the twentieth coronation anniversary are non-existent and there are no Oba like: (i)AjuwonAlatede (ii)Ayesiji (iii)Olasomi that ever reigned in Tede. Equally the invited lineage given to each and every Oba as Erun or Aro are not known in the history of Onitede chieftaincy and so should be disregarded by the public and Tede people as well. To throw light on the authentic history of Tede a cursory look at a copy of programme of activities marking the 27thanniversary of ascension to the Onitede throne of the late Oba Salami Aderounmu Olukokun AlebiosuII, on August 11, 1984 will be auspicious. For clarity sake and posterity the roll call of departed Obas as listed in the short history of the town written in 1984 is as follows:

Undoubtably, up to the time of OBA ADEROUNMU OLUKOKUN (ALEBIOSU II) Tede has only installed (18) Obas.

Granted that the incumbent reserves the right to concoct any historical dream justifying the propriety of the inclusion of Bamgbade Erun lineage as the Fourth(4th) ruling house of the Onitede Chieftaincy via the disputed 1958 declaration made clandestinely by the last occupier of the throne Oba Salami Aderounmu Olukokun, Alebious II (of Daodu Agba) and which up till today still being challenged, could not have been said to be a good account of the true history of Tede Town and her chieftaincy lineage.

It is funny therefore, that the history relayed by Oba Olukokun thirty seven years ago, the personality that consciously and surreptitiously smuggled in the incumbent Bamgbade Erun family as the forth ruling house could be so distorted and rubbished with strange names appearing to have even suggested that the Eponymous father of Tede was not Egunyi Olutide and that the people of Tede are without history and pedigree. This is not the best way to disparage the memory of our father that did the unthinkable.

More importantly it must be made known here that the title of Tede chieftaincy is Onitede of Tede and not Onitede of Abejoye land as the storyteller and his cohorts will want us to believe. The name is just a generic one(Oriki) for all indigenes of Tede but not the title of the Obaship and this is what has brought about the accolade of praise of Tede indigenes as TEDE N KAN OMO ABEJOYE. In a nutshell the title Abejoye land is not known to Tede while the same is rejected by the three authentic and original ONITEDE OF TEDE Chieftaincy Ruling Houses.

In conclusion, we want to reiterate here that our silence all these years is not that of cowardice but of peace and trailing the right channel to give vent to our anger against the shenanigans of the past twenty years. But our  consolation is in the fact that “BI IRO BA SARE FUN OGUN ODUN OTITO ALE BA LOJO KAN”OUR DAY SHALL COME.

Be the first to comment on "Tede Lineage: History In Perspective By Ezekiel Oladoja"