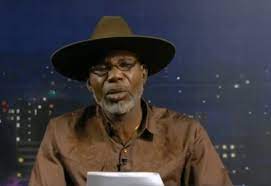 Ebewele, whose death was reported at the weekend was an Olympian and former National Champion, and was part of the Edo delegation to the 20th edition of the National Sports Festival, which held in Benin.

Obaseki, who bemoaned the tragic loss, said Ebewele’s passing was painful, as he still had a lot to offer Edo State and the country in general.

According to Obaseki, “I am saddened by the news of the passing of seasoned sportsman and sports administrator, who made indelible contributions to the development of sports in the old Bendel State and also in Edo State.

“Ebewele was a rare gem and through his talent, made a name for himself, as he was fondly called “the jujuman” as a result of his impeccable sports talent.

“With huge success as an athlete with many laurels to his name and the credit of the state, he transitioned to become an outstanding sports administrator, serving as a Commissioner for Sports in Edo State.”

The governor said the death was even more painful because the state needed Ebewele’s experience in deepening the ongoing reforms in sports administration in the state.

Obaseki extended his condolences to the Ebewele family, the sports community as well as friends and associates of the deceased, praying that God will grant all the fortitude to bear the irreplaceable loss.

Be the first to comment on "Obaseki Mourns Death Of Ex-Edo Sports Commissioner, Brown Ebewele"