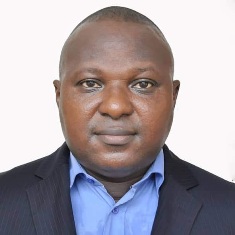 The Journalists International Forum For Migration (JIFORM) has advocated the for garnishee order to confiscate the property and illicit funds of human traffickers across the world.

JIFORM made the call yesterday at a public lecture to mark the 100 days in office of the Director General of the National Agency for Prohibition of Trafficking In Persons (NAPTIP), Dr Fatima Waziri-Azi.

This is just as the NAPTIP DG called for more collaboration among the various stakeholders and expressed the desire to work with everyone to rid the nation of the menace of human traffickers.

She added that the door of the agency was opened to genuine cooperation that would aid advancement of its aims and objectives.

Making a presentation on the “Role of Media in the Fight Against Human Trafficking in Nigeria” at the virtual event at the President of JIFORM, Ajibola Abayomi, lauded the NAPTIP DG for his efforts on Trafficking In Persons matters (TIP) recommended the way forward.

According to him, ““For the Justice administration to be more effective in Nigeria there is need for facilitation of training for judges on the anti-human trafficking laws specifically with provision for garnishee orders allowing global confiscation of assets and funds belonging to the convicted human traffickers of Nigerians anywhere in the world in collaboration with international partners and countries.”

He continued, “At the Internally Displaced Persons camp in Maiduguri, Borno State, the Federal Government should support NAPTIP to carry out thorough and independent investigations against the security personnel and the officials of Committee on Joint Task Force (CJTF) members and make the culprits accountable for alleged trafficking offenses, including sex trafficking at the IDPs and unlawful recruitment and use of child soldiers in northeast.”

He said that, “Efforts should be made to track the illicit funds being the proceeds of human trafficking flowing from overseas and from Nigeria to other nations too to further crimple human traffickers and such money should be plough back into the rehabilitation of victims of the crime.

“There should be more collaboration between the NAPTIP and the Federal Ministry of Labour and Employment to adequately monitor the activities of job recruiting agencies in Nigeria to forestall labour trafficking and exploitation both within and outside the country at intervals.”

The JIFORM President re-echoed the need to upgrade NAPTIP to arm bearing and uniform agency with visibility in all 774 local government areas in the nation, allocation of adequately fund by the Federal Government to the agency to fund its budget to allow for recruitment of more hands and give it some oversight functions but at the entry and exit routes across the nation’s borders.

He described the NAPTIP DG as prayer answered for agency, who he said was a true believer in the fight against human trafficking both in and beyond Nigeria.

Ajibola said, the event was an opportunity to appraise to migration matters particularly the fight against Trafficking in Persons (TIP) and Smuggling of Migrants (SOM) given the commendable efforts of the NAPTIP aimed combating human trafficking in the country.

“I am not just saying this to flatter the DG and her team, truly, it has been 100 days of consolidation on war against TIP and SOM with determination and renewed zeal.

“On behalf of the Journalists International Forum For Migration (JIFORM), with over 350 journalists across the continents, out of which we have over 160 Nigerian journalists on the platform we have nurtured since 2018 as the rallying point for Journalists focusing on migration reportage in Nigeria and across the globe with special focus on TIP and SOM matters, I congratulate the DG and her entire team for sustaining the flying colours of the NAPTIP founded in 2003 till date.”

Speakers at the event included the Chief of Mission of the International Organisation for Migration (IOM), Nigeria, Mr Celestine Frantz who was represented by the Head of Programmes of the agency Mariam Prestage, the Executive Director of Women Trafficking and Child Labour Eradication Foundation, (WOTCLEF), Imaobong Ladipo-Sanusi and the National President of Network Against Child Trafficking, Abuse and Labour (NACTAL), Abdul-Ganiyu Abubarka.

Be the first to comment on "JIFORM Advocates Confiscation Of Property, Illicit Funds Of Human Traffickers"