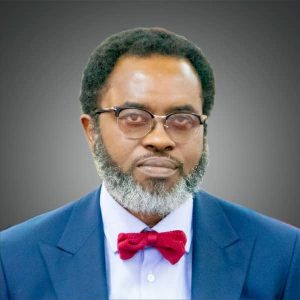 Justice Daniel E Osiagor of the Federal High Court sitting in Lagos, has given the Attorney-General and Commissioner for Justice, Lagos State, and the Lagos State Special Task Force seven days ultimatum to comply with a restraining order issued by the court in the case filed by Admiralty Fleet Limited.

The judge also condemned the disregard for the order he made on October 18, 2021, warning that such conduct erodes confidence in the system and failure to check it will breed anarchy.

The court had on October 18, 2021, restrained the Attorney-General of Lagos State, and the Lagos State Special Task Force Unit (1st and 3rd defendants) from allocating any portion of a property located at B20, Wole Olateju Crescent, off Admiralty Way, Lekki Phase 1 in Eti-Osa Local Government Area of Lagos State pending the hearing of the substantive suit.

However, Lagos State Government appealed against the order and followed it up by re-deploying the Lagos State Task Force and police officers unto the site in breach of the order of injunction.

The first and third defendants allegedly brought a bulldozer onto the site at about 4 am on October 20, 2021, and under the cover of darkness, demolished structures on the site with the Lagos State Task Force policemen providing protection for those flouting the injunction.

Amazed by the conduct of the first and third defendants, the claimants commenced a contempt proceedings against the Attorney General of Lagos State.

At the resumed hearing of the suit I Friday, Adebayo Haroun, counsel to 1st & 3rd defendants, informed the court that the Attorney General had written a petition to the Chief Judge of the Federal High Court complaining that they had no confidence in the Judge.

But, Counsel to the claimants, Adetunji Oyeyipo, SAN, Abiodun Olatunji SAN and Counsel to NIWA (2nd defendants) Adejare Kembi ESQ told the court that they were surprised at the turn of events and complained that the Attorney General did not deem it fit to effect service of the said petition on them.

Justice Osiagor then requested a copy of the petition, as he had also not been served a copy.

After a perusal of the petition, the judge expressed his intention to await the administrative outcome of the petition but insisted that in the meantime, his order of October 18, 2021, must be fully obeyed until set aside, adding that the integrity of the judiciary must be protected by both the Bar and the Bench.

The Judge also issued a 7 days ultimatum to LASG to comply with the order and vacate the premises or the court may be forced to issue a further order sanctioning any person found on the disputed property.

The judge decried disobedience to the court order by the first and third defendants warning that such conduct erodes confidence in the system and that failure to check such acts will breed lawlessness in the society.

The court noted that Lagos State Government had duly been served with the contempt proceedings and that they had, had enough time to comply with the court order.

Responding, the Counsel to Lagos State Government, Mr. Adebayo Haroun told the court that he will investigate to see if his clients were on the property in breach of the order.

Also, the lawyer representing a third party interest, Mr. Nwanbueze also said he would investigate to see if his client, Prince Donatus Okonkwo, or his agents were on the property.

Consequently, the judge adjourned the matter till November 12, 2021, for report of compliance while he awaits the administrative decision of the Chief Judge of the Federal High Court whether to continue with the matter or step aside

The plaintiffs had in their statement of claim stated that on December 4, 2008, the second applicant applied to the National Inland Waterways Authority for permits to construct a jetty and boat club at Plot 6 BLK A15 off Admiralty Way, Lekki Lagos, which was approved.

They stated that on September 30, 2021, men and officers of the Lagos State Task Force without any prior notice or any valid court order forcefully entered the premises and began marking its equipment, machinery, structures, and boats for removal within 48 hours.

They urged the court to declare the forceful entry and invasion of the 1st applicant’s premises as amounting to trespass and a breach of the applicant’s fundamental right to own immovable property anywhere in Nigeria guaranteed by Section 43 of the Constitution.

But, the Attorney-General of Lagos State and the Lagos State Task Force in their Notice of preliminary objection challenged the jurisdiction of the court to entertain the suit, arguing that the subject matter of this action is not one of the specific matters listed in Section 251 of the 1999 Constitution (As Amended) that the court is conferred with jurisdiction to entertain.