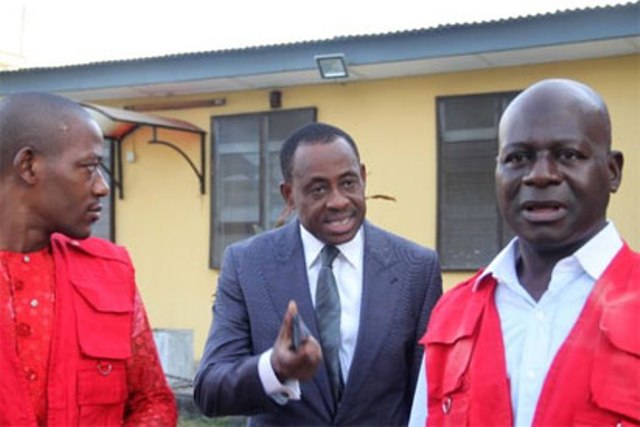 A Lagos State Special Offences Court, Ikeja presided over by Justice Mojisola Dada, has ordered Mr Kayode Odukoya, Managing Director and Chief Executive Officer of First Nation Airways Limited, who is being prosecuted by the Economic and Financial Crimes Commission, EFCC, for an alleged N1.7bn fraud to open his defence on January 17, 2022 .

This just as the court  also dismissed his no-case submission.

One of the counts reads: “Kayode Odukoya and First Nation Airways, on or about the 29th day of August, 2013 in Lagos, within the lkeja Judicial Division, by means of fraud, obtained the credit of N307,268,406.43 for yourselves from Skye Bank Plc (Now Polaris Bank Ltd) and made the bank to incur liability by presenting a Memorandum of Loss at Lagos State Certificate of Occupancy registered as No.33 at page 33 in Volume 1011 at the Lagos State Registry, Alausa, Ikeja In respect of property being and situate at No. 29 Oduduwa Street, lkeja GRA. Lagos State.”

Another count reads: “Kayode Odukoya, First Nation Airways Limited and Bellview Airlines Limited, on or about the 7th day of October, 2016 in Lagos within, the Lagos Judicial Division, dishonestly converted to your own use the sum of N1, 742,994,962.04 (One Billion, Seven Hundred and Forty-one Million, Nine Hundred and Ninety-four Thousand, Nine Hundred and Sixty-two Naira, Four Kobo) property of Skye Bank Plc.” He pleaded “not guilty” to the charges.

The prosecution had closed its case on November 30, 2020, after calling five witnesses and tendering several documents to prove its case.

However, rather than open his defence, the defendant, through his counsel, Edoka Onyeke, had filed a no-case submission.

Onyeke had urged the Court to “dismiss the seven-count charge and to discharge the defendant”, while the prosecuting counsel, A.B.C. Ozioko, had argued that there was “legally admissible evidence against the defendant to warrant him to enter his defence and to explain his role in the charge.”

Delivering ruling, Justice Dada dismissed the no-case submission and ordered the defendant to open his case on January 17 and 18, 2022.

Be the first to comment on "You Have A Case To  Answer, Court Tells First Nation Airways MD, Odukoya"