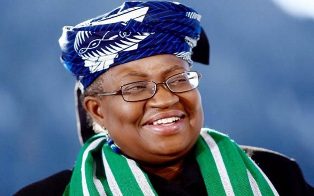 The Director General of the World Trade Organization (WTO) Ngozi Okonjo-Iweala, has said that for Nigeria to attract more investors, it must cut down on trade and infrastructure costs.

Okonjo-Iweala also suggested a reduction of linkage and regulatory costs as well as Customs duties to encourage investments.

She argued that the costs of doing business in Nigeria are far higher than those of high-income countries.

Okonjo Iweala also urged an improvement of the security situation in the country to attract foreign and domestic investments.

Okonjo-Iweala made the suggestions at the just concluded two-day Mid-term Ministerial Performance Review retreat in Abuja.

According to her, Nigeria must also reduce all costs associated with moving goods from the factory to the final consumer to complement investment facilitation.

She said Nigeria’s trade cost, which is about two percent higher than the rest of African countries, is equivalent to a 306% tariff, and about one and half times higher than the cost in high-income countries.

Read Also: Okonjo-Iweala: I’m not running for President in 2023
Her words: “Improving security and lowering transaction cost for foreign investment, even for domestic investment, would be necessary. And Nigeria is part of a group of countries negotiating an agreement on investment facilitation at the WTO.

”Once this agreement is negotiated, ratified, and is being implemented, it could be instrumental in attracting additional trade-oriented investment.

”Nigeria’s trade costs are too high. According to the World Bank-ESCAP trade costs for 2019, trade costs for African countries are on the average equivalent of a 304% tariff and for Nigeria, it’s even slightly higher at 306%.

”These numbers are one and half times higher than trade cost in high-income countries. Such high costs are not conducive to forming a regional value chain.

“Congestion, capacity constraints and high costs in our ports make life difficult for anyone seeking to build supply chain operations in Nigeria and hence, expand trade from there.”.

Be the first to comment on "Okonjo Iweala Advises Nigeria On Trade , Investment Cost."