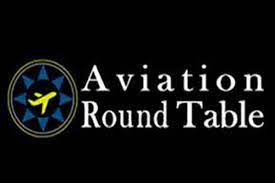 The Aviation Round Table(ART) has condemned what it described as undue interferences in the functions of the Nigerian Civil Aviation Authority(NCAA),the regulatory agency of the aviation industry by the National Assembly(NASS).

The condemnation is coming on the heels of moves by NASS to deny NG Eagle Air Operator’s Certificate(AOC) following a petition in some quarters that Arik Air that is indebted to aviation agencies to the tune of N19 billion  and with a total debt profile of N300,000 billion is at the verge of transforming into NG Eagle without paying the debt owed.

An online signed by the Assistant General Secretary, ART, Olumide Ohunayo said that it is unbelievable that the National Assembly will delve into technical and safety matters like the issuance of AOC.

ART in the statement posited that NG Eagle’s right will be breached unfairly if its AOC is not released after the company has complied with all mandatory tasks successfully and that NCAA will also be in gross violation of these rights.

“We have observed lately with dismay, the various acts of interference by political actors in purely Aviation safety operational matters.

“The various legislations that established aviation and allied agencies in Nigeria stipulated their roles and areas of competence. The NCAA Act prescribed its role as the prime regulator of activities in the aviation industry in Nigeria,” the statement  reads.

To effectively perform its tasks, the statute empowers the Regulator and its Board (though board is not in place) needed as a matter of urgency to have oversight for optimal performance without compromising its role as enforcer of international Standards and Recommended Practices and other State Responsibilities.”

ART opined that the recent actions of the members of the National Assembly undermine and whittle the powers granted to the NCAA.

Taking a retrospective look into the issue, ART said that there have also been similar acts of interference in the past while some of these undue interference is partly attributable to the absence of governing boards for the agencies, adding that the consequential gap in administration could have emboldened these interferences continually.

The aviation group stated that should the House Committee on Aviation be interested in recouping public funds (which is the contention in this case) it should pass a resolution citing the relevant section of the economic regulations of the Nig CARs if applicable.

It added that going further amount to interference with executive functions rather than political.