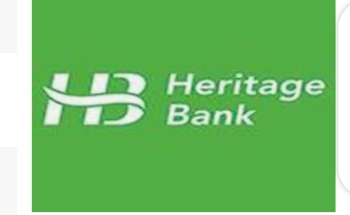 The Lagos Division of Appeal Court, has set aside the judgement of Justice Serifat Sonaike, of the Lagos State High Court, which granted a summary judgement delivered in favour of Heritage Bank Plc over the sum of N583, 977,998.73 million facilities granted to an Oil and Gas Products Marketing Company, Aime Nigeria Limited.

Justice Sonaike had on January 26, 2017, ordered Aime Nigeria limited to pay the sum of N583, 977,998.73 million being the outstanding amount on the loan facilities granted to it by Heritage bank.

However, the appellate court in a unanimous judgement set aside the judgement and transferred the matter to the general cause list for trial on merit by another judge other than Justice Sonaike.

The lead judgement was delivered by Justice Abubakar Umar and consented to by Justice Joseph Ikyegh (presiding) and Justice Obietonbara Daniel-Kalio respectively.

The bank stated that upon maturity of the said credit facilities, the appellant failed to repay the principal sum interest and other liabilities due and owing to the respondent under the agreement loan agreement.

The bank further stated that due to the appellant’s refusal to repay the principal monies and interest as well as other liabilities, the appellant’s indebtedness as at August 31, 2015, stood at N583, 977, 998.73 million

Refuting the bank’s claim, Aime Nigeria limited (appellant) as the defendant contended that the business finance facility of $12 million USD, approved by the Heritage Bank was not released to it.

The appellant stated that out of the sum of N1, 596, 800 billion that was released to it, a total sum of N1, 148,727, 519.15 billion had been liquidated from the proceeds of the petroleum trade finance that the facility was meant to service.

The lower court in its ruling granted the relief for summary judgment in favour of Heritage bank.

In his lead judgement, Abubakar Sadi Umar held that the lower court had the requisite jurisdiction to entertain the suit.

The court observed that the appellant participated in all the stages of the proceedings before the trial court until summary judgement was delivered hence could not complain that it was not served with the respondent’s originating processes and motion for summary judgment.

‘’Even if the issue of service is a jurisdictional one which could be ‘raised at any time even on appeal, the facts and circumstances of this case does not fall within the ambits of those issues that will deprive the trial court with the jurisdiction to entertain the suit as it did’’, Justice Umar added.

Justice Umar, However, held that while the appellant is undoubtedly indebted to the respondent, the extent of the indebtedness could only be properly determined at trial.

He stated that the appellant placed material evidence before the trial court why it should be allowed to defend the action.

‘’It is for the plaintiff to express his belief that a defendant has no defence to the claim and set out his grounds for his belief. The Court bears the ultimate responsibility of determining whether indeed the claim is a liquidated money demand and should therefore be brought under the summary judgment procedure. Where the Court is satisfied that the claim is a liquidated money demand and that the affidavit in support of the notice of intention to defend does not disclose a good defence, it is obligated to enter summary judgment’’.

‘’Where, on the other hand, the Court finds that the claim is not a liquidated money demand or the affidavit in support of the notice of intention to defend discloses a good defence, it is obligated to transfer the case to the general cause list’’

‘’On the whole, the appeal succeeds in part, the decision of the High Court of Lagos State Sitting in Lagos delivered by Justice S.I. Sonaike on 26th January, 2017, wherein the trial court granted the respondent’s (Heritage Bank) application for summary judgment in respect of part of its claims against the appellant is hereby set aside.

The matter is hereby transferred to the general cause list for trial on the merit by another Judge of the Lagos State’’, the court held.