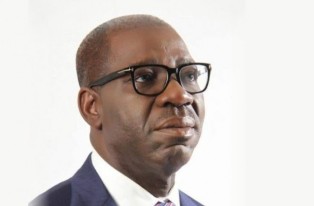 The Edo State Governor, Mr. Godwin Obaseki, on Monday met with relevant stakeholders to review the government’s strategies at improving security and stemming herders-farmers crisis in the state.

The Governor, at a stakeholders’ town hall meeting on a proposed Anti-Open Grazing Law for Edo State, said the delay in the signing of the law is to ensure the crafting of an implementable law that will put an end to the growing insecurity and economic challenges in the state.

Stakeholders at the event were drawn from different walks of life, including traditional rulers, youth groups, religious bodies and Civil Society Organisations (CSOs), among others.

According to Obaseki, “We are one of the few states that are yet to sign the anti-open grazing law, and the reason is simple; it doesn’t make sense to put out a law you cannot enforce.

“The best way of enforcing a law is to bring everybody together to be part of that law. We have a crisis in our country, it is deeply rooted; there are different causes. Let us go to the root of the causes and resolve it from there.

“People have said that we have lived a hundred years together in harmony before now. Why are we having these problems today?”*

“As long as we have decided that we will eat meat and drink milk, we will have to sit down and rearrange the business, engaging the people who are producing these foods on how they must organize themselves.”

Obaseki further urged, “Let us not play politics with this issue; let us deal with it honestly and openly. There are security implications because some people have now joined and are using these herders to perpetuate insecurity.

“My worry is that if we don’t separate them so that we can know those people who are using cattle herding to perpetrate crime and insecurity in our state, we will be missing the point.

“There are people who are doing their legitimate business of herding cattle and producing meat, and there are criminals who want to destabilise our country and state.”

Representative of the Christian Association of Nigeria (CAN), Edo State Chapter, Rev. Oriakhi Davies, said cattle rearing is a private business and anybody interested in the business should acquire land for such business.

Davies suggested ranching as an alternative for open grazing.

He appealed to the governor to treat everybody equally, irrespective of their religion and beliefs, saying that God has blessed Edo and his people have been living in the state without any trouble.

Be the first to comment on "Anti-Open Grazing Law: Obaseki Engages Stakeholders "