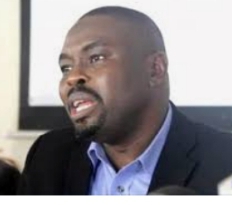 The federal government has formally filed charges against the Chairman of Human and Environmental Development Agenda (HEDA), Mr. Olarenwaju Suraju, for allegedly cyberstalking the former Attorney General of the Federation and Minister of Justice, Mr. Mohammed Bello Adoke.

The suit marked: FHC/ABJ/CS/370/2021 at the Federal High Court, Abuja is coming nearly six months after Suraju was arrested and investigated by the police following a petition by the former AGF.

The AGF’s office is specifically accusing Suraju in the four-count charge, of circulating in his social media handles, emails and audio interview information which he “knew to be false after same was rejected in evidence in a criminal court in Italy”.

The prosecuting counsel, Mr. A.O. Shaibu, said the HEDA boss had committed the alleged act which violates section 24 of the Cybercrimes Act, 2015, with the aim “to insult and dent the image of Mohammed Adoke”.

The police had on April 15, 2021, interrogated Suraju over a forgery petition by Adoke, demanding a probe of an email evidence presented against him by prosecutors in Malabu trial in Milan, Italy.

Adoke in the petition had claimed that Suraju circulated a fake tape said to be of an interview he (Adoke) had with an Italian journalist admitting that the Malabu transaction was a scam.

In the affidavit of completion of investigation in support of the charge dated October 8, 2021, a litigation Clerk in the office of the Director of Public Department of the Federation, Federal Ministry of Justice, Mr. Noma Wondo, said the Federal Government has concluded investigation of the matter and that a prima facie case has been established against Suraju.

In count one Suraju was accused of intentionally circulating an audio telephone interview between Ms CarlaMaria Rumur, a reporter with RIAReporter in Italy and Mohammed Adoke via his twitter handle @HEDAagenda which he knew to be false for the purpose of causing insult to Adoke and thereby committed an offense contrary to section 24 of the Cybercrimes ( Prohibition, Prevention ETC) Act 2015 and punishable under the same section of the Act.

In count 2, Suraju was accused of committing the same alleged offence in count one through the twitter handle @HEDAResourcecentre.

The Federal Government in count 3 further accused Suraju of “intentionally circulating an email dated June 21, 2011, alleged to have been sent with the email address agroupproperties@yahoo.com owned by A Group Properties and received by a certain Osoluke Bayo O. with the email address bayo.o.osoluke@ipmorgan, which you knew to be false via your twitter handle @HEDAagenda, for the purpose of causing insult to Adoke and hereby committed an offense contrary to section 24 of the Cybercrimes ( Prohibition, Prevention ETC) Act 2015 and punishable under the same section of the Act”.

In count 4, the defendant was equally accused of committing same offense in count three via the facebook handle @HEDAResourcecentre.

Be the first to comment on "Alleged Cyberstalking; FG Charges HEDA’s Boss, Suraju, To Court"