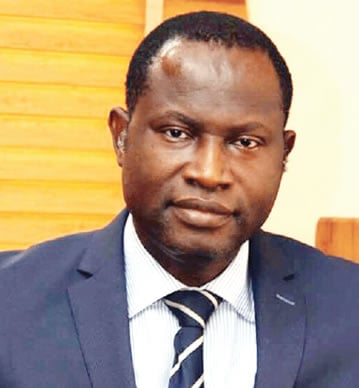 Recently, a senior police officer,  Chief Superintendent of Police(CSP) Kazeem Abonde was barbarically hacked to death in Lagos and others were severely injured while enforcing the law. Sadly, public reactions and condemnations of these dastardly acts have not attained the appropriate high decibels. The public have not shed the torrents off tears that police extrajudicial killings usually attract. No mass protests have been staged against this increasing cosmopolitan hooliganism and acts of urban terror. No funeral marches in support of the police is planned. No denunciatory press releases issued by the civil society. And strident cries for justice have not rent the air.

But humanity is indivisible. The police officer who was brutally murdered in broad daylight reportedly by a mob, was a husband and father. He had a family. He was a lawyer. He was said to be close to his retirement from the Force. He was killed in cold blood. Justice must be done to the slain police officer in the same manner justice is demanded for many victims of police extra- judicial killings.

If the police officer had been felled in the line of duty by a gang of armed robbers, we would expect that the armed robbers would be apprehended and be made to face justice. In the same vein, now that it is alleged that the police officers who went on that operation to Ajao Estate were reportedly attacked , and one of the officers was killed, by a mob, we expect that the police will apprehend the offenders and bring them to justice. Be they a hundred, two hundred or more.

Late CSP Kazeem Abonde was also a lawyer looking forward to his retirement from the Nigerian Police Force.

In pre-independence NIgeria , in 1953, a Muslim Cleric, Alfa Bisiriyu Apalara, was murdered by a cult group in Oko Baba Area of Ebute Metta, Lagos, for his biting, lacerating and condemnatory preachings against the group. The murderers, eleven in number, were fished out, charged with murder, convicted and condemned to death , and hanged in 1954.

It was a celebrated case. A musician of that era waxed an album to praise the swift delivery of justice in that case .

If the colonial system could do this almost seven decades ago , our system has no excuse not to do this, in spite of the challenge identifying the actual killers may pose .This mob action must not be an irresolvable riddle!

We hope that this incident will not be used by the police to incriminate innocent commercial motorcyclists, violating the motorcycles operation restriction orders, but innocent of this gruesome act of murder. We believe, however, that the police can identify the suspects and help bring the culprits to justice