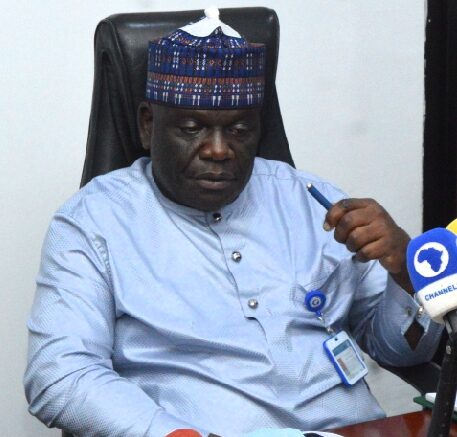 The Director General of the Nigerian Civil Aviation Authority (NCAA), Capt. Musa Nuhu said that almost all the domestic airlines have integrated into its portal to remit the 5 per cent Ticket Sales(TSC) and Cargo Sales Charge(CSC)

He disclosed this during an interactive session with aviation correspondents at the agency’s office at the Murtala Muhammed Airport(MMA),Lagos.

He explained that almost all the airlines have integrated, adding that what NCAA has done is that if any airline is coming in, it would not  be given an Air Operators’ Certificate (AOC) until the carrier sign the tripartite agreement on the integration to the portal.

According to him, “This will save us a lot of challenges we are facing at the moment on the debt. Also, if you are renewing your AOC, too, we ensure that you must have signed that.”

Speaking further, Nuhu said that NCAA has stopped the growth of legacy debts .

“We know, we are all facing a difficult time, but also, you must have a visible plan on how to settle this debt. May  be one or two airlines are in the process of integrating into the portal, and I think that should not be an issue.”

Asked to give the total amount of the legacy debts, the NCAA DG said, “I don’t want to give you a wrong figure. Even, the legacy debt, when you say something, the airlines will disagree with you on the figures you sent out. We need to sit down and reconcile with them.”

He added that NCAA is currently holding meetings with the leadership of the Airline Operators of Nigeria (AON)on the debt issue and that the matter was receiving good attention.

On whether , the debts cannot be written off in view of the fact that NCAA and airlines have done reconciliations in the past  that did not yield and positive fruit, Nuhu said, “I cannot write off any debt. I do not have the authority to write off a Federal Government’s debt without the approval of the appropriate authorities. You see, we have to keep doing the reconciliation once the debts keep growing, but now, we have to stop the debts from growing. If we did reconciliation in 2020 and the debts are still growing, I have to do another reconciliation, but now, we have drawn a line by insisting everyone has to come in newly. Some are paying and some have given us the timetable for payment.”

Speaking on the new ground handling charges/rates and NCAA involvement,he stated that those charges were done after consultations with the foreign, domestic airlines and ground handlers, adding that NCAA did not just wake up and put figures together.as the regulatory had consultative meetings with all the parties involved.

Justifying, the need for the need for the increase, Nuhu said, “Why should I be charging $300 in Nigeria and neighbouring countries are charging $4,000 and you expect the ground handlers to give you the same service? That is not possible. Those charges are reflection of what is in the Economic Community of West African States (ECOWAS) region.

“So, NCAA didn’t just wake up to come out with the charges, but significant consultative meetings with everyone like the Aviation Ground Handling Association of Nigeria (AGHAN), Airline Operators Committee (AOC), Airline Operators of Nigeria (AON) and the Ministry of Aviation. It was agreed by everyone and we implemented the figures as agreed by all the parties involved.”

Be the first to comment on "5% TSC Remittance : Almost All Domestic Airlines Have Keyed Into Integrated System–NCAA Boss"