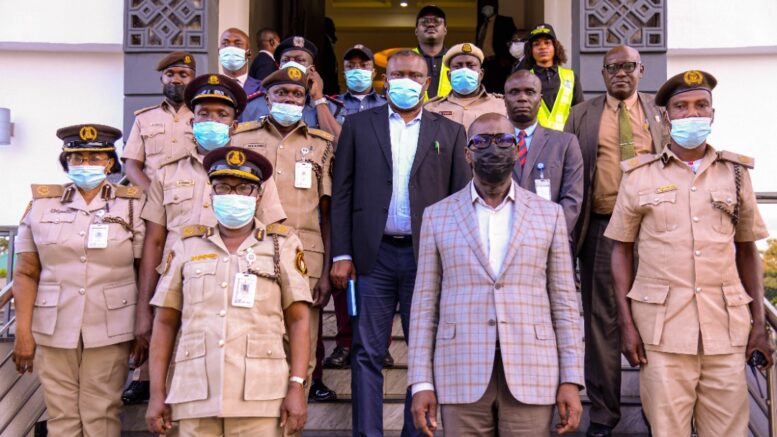 The Edo State Governor, Mr. Godwin Obaseki, has commended the doggedness of the Nigeria Immigration Service (NIS) in the fight against human trafficking, irregular migration and banditry across the nation.

Obaseki gave the commendation while receiving the outgoing Comptroller of the Nigeria Immigration Service (NIS), Edo State Command, Augustina Adesola Okueyungbo, who was on a courtesy visit at the Government House in Benin City.

The governor also commended the outgoing comptroller for her dedication, commitment and diligence to the service of the state and the country.

According to him, “You are proactive in your assignment and I commend you for the way you manage and handle immigration issues in Edo State. We recognise all the efforts you have put in place in the fight against irregular migration, human trafficking and banditry. The passion in handling your assignment stands you out from the crowd.

“Your retirement from service will in no way affect the Edo State Government’s relationship with the NIS, as we will continue to collaborate to develop the state and nation at large. We hope the service will continue in its manner in upscaling service to Edo people and respond promptly in promoting peace, unity and togetherness in the state.”

Speaking on her attainment of the age of 60 years, Obaseki said, “Life begins after 60 years. Thank you for the services to the state and the nation at large. We wish you well in your future assignments.”

The outgoing Comptroller of NIS, Okueyungbo thanked the governor for the synergy between the government and the state command of the NIS, which has led to development in the state.

“I will miss the state for its rich cultural heritage, hospitality, and the love of Edo people,” she added.

Be the first to comment on "Obaseki Lauds NIS Contribution To Fight Against Human Trafficking, Others"