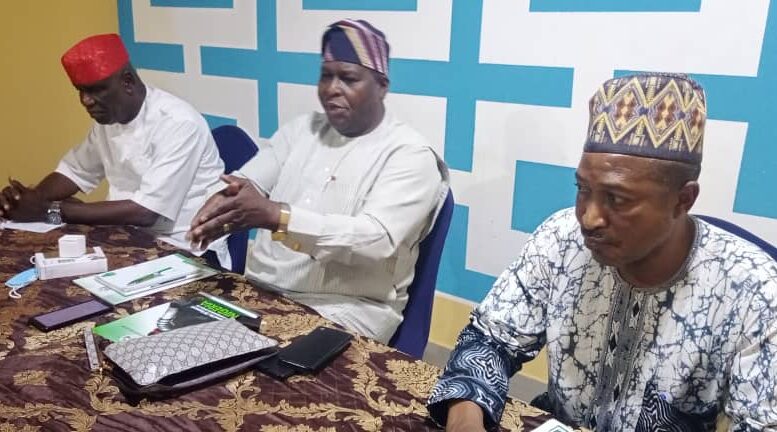 …Says If Dubai, China, Others Can Do It, Nigeria Can Do It Too

…Calls For Synergy, Sharing Of Ideas Among Stakeholders

The Director General of National Council for Arts and Culture(NCAC), Otunba Olusegun Runsewe has restated the need for Nigeria   to drive the economic diversification process using the rich resources in arts, culture ,tourism and stop the over reliance on oil which according to him is not sustainable.

This is just as he noted that the  fluctuation in the price of crude oil underscore the compelling need for diversification, as the only way for a sustainable economic development in Nigeria.

The NCAC  , Chief Executive Officer  informed that  China, India, Dubai, Brazil and South Africa  are reaping bountifully  from the huge benefits in the arts, culture and tourism sector  and that Nigeria with its enormous potential in these areas can achieve the same .

Runsewe, who presented a paper titled, “Beyond The Oil Economics: The Diversification Options for Nigeria ” at an interactive session with the media yesterday, said the time to think outside the box is now.

He pointed out that the progressive fall in the prices of petroleum products and its attendant shock on the economy of Nigeria has made it highly imperative for Nigeria to pursue a sustained process of economic diversification, if we must attain the much needed economic stability and development.

The NCAC  boss added that it is now clear to all that Nigeria can no longer continue to depend solely on crude oil exportation.

Runsewe , who is also the President of the World Craft Council (WCC) African region, contended that in the wake of the current economic realities and with the breakdown of the COVID-19 pandemic globally, nations of the world are exploring various means of growing their economy.

He noted that with the rich and diverse cultural resources of Nigeria and given the abundant tourism resources, it stands to reason that if Nigeria as country must diversify its economy, it must look outside crude oil which is the current major foreign exchange earner and focus on arts, culture and tourism as one of the key players in its  economic development.

The near total dependence on crude oil exportation as the source of, Nigeria’s  Foreign Exchange(FOREX) earnings, Runsewe stated  has greatly slowed down the pace of development in other sub-sectors of the economy such as agro-allied industry, manufacturing, solid minerals and the service industry, among others.

The DG said that before the discovery of oil in Nigeria, the country’s  economy was based on Agriculture and that at a stage   Cocoa had become Nigeria’s biggest single foreign exchange earner.

Nigeria, the WWC President asserted  was also one of the three largest producers of groundnut in the world at that time, adding that before 1970, agriculture contributed more than 75 per  cent of Nigeria’s export earnings, but that since then, agriculture has stagnated, partly due to government neglect, poor investment and ecological factors such as drought, flooding, disease and reduction in soil fertility.

Otunba Runsewe recalled that for about 50 years or more, crude oil exploration and exportation have dominated Nigeria’s economy, adding that while other oil producing countries use crude oil exportation  to provide the needed revenue for developing and strengthening other sectors of the economy, the reverse is the case in nigeria

“It would appear that the discovery of oil in Nigeria has come with its attendant woes. This is because the Nigerian oil wealth has tended to becloud our sense of initiative and economic vision, while promoting a national culture of unbridled corruption, laziness, opportunism and primitive acquisitive tendency.

“Apart from the effect of near total neglect, the oil economy has had on other critical sectors, the fluctuation in the world prices of petroleum products has continued to pose great threat to the stability of our economy, thus making effective planning on a sustainable basis extremely difficult,” Runsewe said.

These fluctuations, he contended, are enough to diversify the economy from oil to arts, culture and tourism.

He said that Nigeria, one of the most culturally diverse nations of the world with  over 250 distinct ethnic groups, each with unique culture, cultural products and assets, has the capacity of sustaining a robust tourism industry and driving the process of socio-economic development if adequately  harnessed .

According to him, “For a nation as large as Nigeria with rich and diverse culture, one festival per state would go a long way in attracting tourists into the country thereby contributing to the development of the economy through spending in hotel lodging, patronage of local cuisines, transportation, purchase of arts and crafts products among others. ”

The Nigerian film industry, Runsewe pointed out is one of the fastest growing in Africa and that it is the 3rd most popular in the world coming after Hollywood of America and Bollywood of India.

He  stated  that with adequate funding, assistance from government, more appropriate packaging, marketing and promotion, the Nigerian film industry promises to contribute significantly to the nation’s Gross Domestic Product (GDP).

In his words, “The implication of this  is that the ripple effects of tourism can be seen in every sector of the society: Economic, Social and Environmental. It is therefore clear that if we get tourism right, it will not only engender sustainable economic growth, it will also lead to the creation of employment, eradication of poverty and empowerment of the people both the educated and the skilled, the uneducated, unskilled as well as the semi-skilled members of the society,”

A lot of potential, he said  abound in the Nigerian tourism industry which can be harnessed to drive the diversification of our economy.

He  advocated for  stakeholders to synergise, share ideas and experiences on the best practices in the sector, adding that countries such as China, India, Dubai, Brazil and South Africa that are reaping from the huge benefits in the arts, culture and tourism sector today started like Nigeria, adding that they these countries don’t  have better resources  compared to what Nigeria has .

In his words “It is the vision, the passion and the commitment that makes the difference. It is not too late to start now.”

Be the first to comment on "Runsewe Advocates Use Of Arts, Culture, Tourism To Drive Economic Diversification"