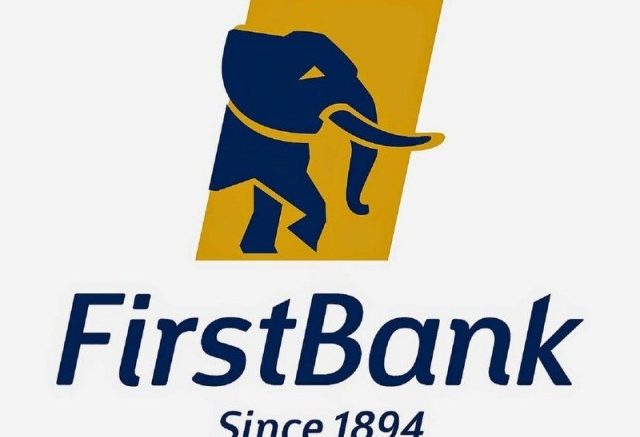 Attempts by First Bank Plc to get the N61. 436, 548.90 million judgment sum awarded against it by a Lagos State High Court overturned, has met a brick wall, as the Court of Appeals Lagos division has dismissed the bank’s appeal against the judgment, for lacking in merit.

Apart from dismissing the appeal, the three man-panel presided over by Justice Theresa Ngolika Orji-Abadua, also awarded a cost of N200, 000, 00 against First Bank Plc in favour of Musical Copyright Society of Nigeria of (MCSN), the respondent in the appeal marked CA/LAG/CV/653/2019.

MCSN had sometimes in 2016, dragged First Bank Plc before a Lagos High Court, for the bank’s refusal to pay MCSN the sum of N61, 436, 548.90 million, collected on its behalf, being copyright license renewal fees, which was due for payment since May 5, 2011.

MCSN had also sought an order for payment of interest at the 21 percent from may 6, 2016, until the entire judgment sum is fully Liquidated.

But the First Bank in response to the suit, challenged the court’s jurisdisction to entertain, hear and determine the suit, on the ground that the suit brought against it fall within the exclusive jurisdisction of the Federal High Court.

First Bank Plc had argued that the respondent, MCSN failed to comply with the provision of Section 17 and 39 of the Copyright Act, Cap. C. 24, Laws of the Federation of Nigeria, 2004.

Delivering ruling on the preliminary objection, the lower Court in its Ruling of March 20, 2017 held that: “It is very unambiguous that the amount being claimed by the Claimant is “copyright license renewal fees” and hence its claim has nothing to do with any allegation of infringement of copyright.

“Thus Section 17 of the Copyright Act is inapplicable. The Federal High Court ruling above referred had laid this issue to rest when it held that Claimant case had nothing to do with copyright infringement as the applicant had been licensed already. So, it is if the Applicant had not been licensed or authorised that section 14 and invariably section 17 of the Court of Appeal may become applicable. Case of Compact Disc Technologies & 2 ors vs. Musical Copyright Society and Court of Appeal decision in Musical Right Society of Nigeria limited vs. NCC (supra) have no bearing on this case.

The appellate court held that while the former relates to effect of failure to obtain approval of the copyright commission by callecting society on action for infringement of copyright, the latter only addressed the mode of instituting the case therein. I refer in particular two paragraphs 8, 9, 10, 11 and 12 of the Claimant’s Statement of Claim to hold Clement possesses the locus standi to institute this case.

“I therefore, dismiss the preliminary objection for being an abuse of Court process, misconceived and completely wasting time”.

Displeased with the lower Court decision, First Bank Plc approached the Appeal Court and filed a Notice of Appeal on March 23, 2017, which was anchored on three issues.

The issues raised by First Bank are: Whether the lower Court was right in law when it held that the Respondent had the locus standi to commence the suit for recovery of license fees and as such the conditions prescribed by sections 17 and 39 were inapplicable to the Respondent’s claims?

“Whether the lower Court was right when It held that it had jurisdiction to entertain the Respondent’s claims and thereby dismissed the Appellant’s Preliminary Objection?

Whereas, MCSN only formulated one issue in response to the bank’s appeal, which was “Whether the lower Court was right in law, when it held that it had jurisdiction to entertain the respondent’s claim, and thereby dismissed the appellant’s (First Bank) preliminary objection?

Delivering judgment on the appeal, Justice Theresa Ngolika Orji-Abadua, after citing several legal authorities, held that: “to determine this appeal, this Court, having regard to the decision of the Lower Court deems the lone issue propagated by the respondent more appropriate for determination herein.

“I have carefully considered the provisions of section 17 of the Copyright Act, 2004, and the cases cited by the appellant (First Bank Plc) in its brief particularly, the judgment of this Court in Compact Disc Technologies vs. Musical Copyright Society of Nigeria Ltd/Gte (6, I.P.L.R.) and wish to observe that the Supreme Court had since the 14th December, 2018 overturned the said decision of this Court therein, allowed the appeal and set aside the said decision of this Court. Therefore, that judgement no longer serves as an authority on the interpretation of section 17 of the Copyright Act as it relates to in what capacity a person can sue.

“It is clear that section 17 placed restrictions on actions involving infringement of copyright or any right under the Act. Section 17 says that “Notwithstanding the provisions of this Act, or any other law, no action for infringement of copyright or any right under this Act shall be commenced or maintained by any person (a) Carrying on the business of negotiating and granting of licences; (b) collecting and distributing royalties in respect of copyright works or representing more than fifty owners of copyright in any categories of works by this Act unless, it is approved under Section 39 of this Act to operate as Collecting Society of otherwise issued with a certificate of exemption by the Commission”.

“The claims for payment of debts owed by the appellant (First Bank) to the respondent (MCSN) cannot by any stretch of elongation or interpretation be construed to mean an action for an infringement of copy copyright.

“It is clear that the appellant (First Bank Plc) read section 17 of the Copyright Act out of context and then assumed that the Respondent instituted the action as a Collecting Society.

“Accordingly, I find no merit in this appeal and hereby dismiss the same with N200,000 costs against the Appellant (First Bank Plc) in favour of the Respondent (MCSN).

Be the first to comment on "Appeal Court Affirms N61.4M Judgment Sum Against First Bank"