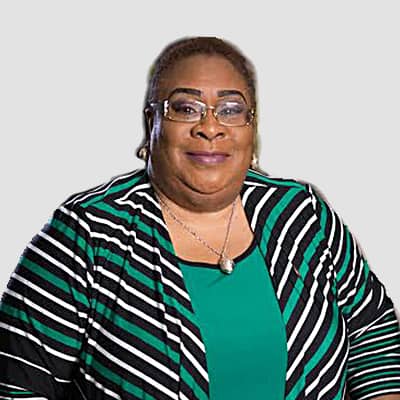 Eleven political parties have asked the Federal High Court sitting in Lagos to stop the scheduled July 24, Local government election in Lagos State, due to the failure of the Lagos State Independent Election Commission, LASIEC, to register them for the Election.

Joined as defendants/respondents in the suit number FHC/L/CS/569/21 are LASIEC; Attorney-General of Lagos State and Independent National Electoral Commission, ,INEC.

The 11 political parties through in their motion Exparte filed before the court, through their Counsel, Adesanmi Afolabi, are seeking an order of interim injunction restraining LASIEC from conducting the local government Election in Lagos State, scheduled to hold on July 24, pending the hearing and determination of it’s pending motion on notice filed on June 18, 2021.

Though, the court presided over by Justice Akintoye Aluko, had fixed the hearing of plaintiffs’ motion on notice for today.

At the resume of proceedings today, the Lagos State Commissioner for Justice and Attorney-General, Moyosore Onigbanjo(SAN), informed the court that they have a notice of preliminary objection, challenging the jurisdiction of court in entertaining the suit and as well filed a counter affidavit to the plaintiffs’ originating summons.

But plaintiffs’ counsel, Adesanmi Afolabi, informed the court that he has filed his response to the counter affidavit of the 2nd Defendant, but said he has not been able to serve INEC, the third defendant, as they are evading Service.

In view of the circumstances Afolabi, informed the court that he had filed an exparte application, praying the court to restrain LASIEC from taking any step pending the hearing and determination of the motion on notice.

But Onigbanjo vehemently opposed the hearing of plaintiffs’ Exparte motion, saying that such procedure is unknown to law.

Onigbanjo said the procedure adopted by the plaintiff contradicts rule of sequence. He said that motion on notice can not be filed before exparte.

“We are talking about service of the 3rd defendant which is still an issue, coupled with our preliminary objection and the plaintiff is talking about experte motion at this stage

In response Afolabi, while citing plethora of authorities and pointed out some sections of the law that preclude the defendants here to be heard when it comes to an exparte proceedings, urged the court to order the reliefs as prayed in the motion Exparte.

The applicants in an affidavit deposed to by Mr. Tade Ademola Abdulkabir, the Lagos State Chairman of Alliance of Social Democrats, stated that the plaintiffs were unlawfully deregistered by the INEC on February 6, 2020 and as a result of that, the 1st Defendant has denied the Plaintiffs/Applicants from participating in the forth coming Local government election in Lagos State scheduled to hold on the 24th day of July, 2021.

Ademola Stated that before the Plaintiffs/Applicants were deregistered by INEC, some of the Plaintiffs/Applicants together with some other political parties approached the Federal High Court sitting at Abuja to stop INEC from deregistering them in Suit No: FHC/ABJ/CS/444/2019 between Advanced Congress of Democrats (ACD) & Ors v. A.G. Federation & Another, in which judgement was not in their favour.

Dissatisfied with the Federal High Court judgment, the deponent stated that the plaintiffs approached the Court of Appeal sitting in Abuja in Appeal Number CA/ABJ/CV/507/2020.

The Appeal court in a judgement delivered on August 10, 2020, by by Honourable Justice Monica Dongban-Mensem, set aside the decision of the Federal High Court, Abuja and declared the deregistration of Plaintiffs/Applicants by the INEC on February 6, 2020 as unlawful.

The deponent stated that in view of the election timetable for the 2021 Local Government Election of Lagos State released by LASIEC, the Plaintiffs/Applicants briefed their solicitor to put up a letter of interest/intention to participate in the Local Government Election of Lagos State dated May 5, 2021. And that the said letters which were duly served on LASIEC and a copy served on the State’s Attorney General accordingly.

He stated further that the plaintiffs’ counsel, Adesanmi Afolabi on July 9, 2021 at about 12 noon informed him as follows: that it is important that status quo is maintained pending the determination of the motion on notice filed on June 18, 2021.

The plaintiffs added that’ll if the application is not granted and unless the court intervenes, the conduct of the Local Government election of Lagos State on July 24, 2021, will irregularly alter the status quo, breach the applicants right and render ineffective and nugatory Court of Appeal judgment in Appeal No: CA/ABJ/CV/507/2020 between Advanced Congress of Democrats (ACD) & Ors v. A.G. Federation & Anor. delivered on August 10, 2021.

From August 27, Governor Oyetola has made it compulsory for all public and civil servants to wear the Osun State variant of local Adire fabric, known as “Adire Eleko” to work as a way to revive the dying cultural fashion of the people, noted for their artistic and cultural tourism endowments.

Otunba Segun Runsewe, who is also the President, Africa Region of the World Craft Council(WCC), stated that the declaration of August 27 as Adire Osun Day, by governor Gboyega Oyetola, resonates with the vision and aspirations of the Federal Government to grow and focus on indigenous cultural tourism engagements, adding that time has come for Nigerians to embrace our indigenous and traditional ” (wear, eat and speak” ) ways of life.

” The Cultural Adire fabric revolution started with Ogun state and Osun state governor has taken it further to a refreshing dimension, factoring international leverage and making it a citizens project which is commendable, deserving our support and encouragement” Otunba Runsewe further explained.
He called on other state governors in the country to pay more attention to the cultural tourism and indigenous economy, to create jobs for young persons, particularly women in the rural areas.

Governor Oyetola, who spoke through the Secretary to the state government ( SSG) Wole Oyebamiji on Saturday last week, at the osun fashion week, held in Oshogbo, the state capital, restated the commitment of the government to diversify and prioritise the culture tourism endowments to gain the youths through job openings.

” We shall partner with Musty Great Development and Alexanderia Jones Couture, based in the United States ‘Of America to market the osun Adire fabric to the world.” the SSG, reiterated.