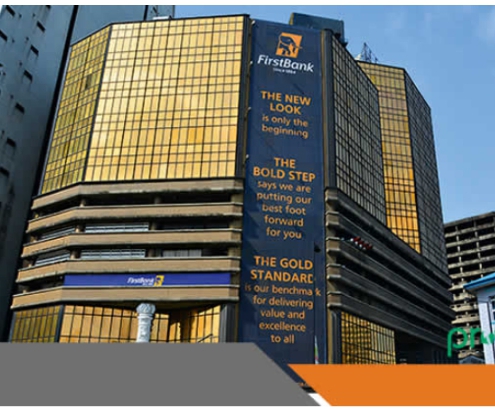 The Lagos Division of Court of Appeal has dismissed an appeal filed by First Bank of Nigeria Plc aimed at recovering the sum of N556, 493, 034.16 million, owed by the defunct Lead Merchant Bank Plc.

First bank of Nigeria Plc had approached the Appeal Court seeking to upturn the judgment of the Federal High Court, Lagos delivered by Justice Ibrahim Buba in suit number FHC/L/CS/1662/2016 instituted by the bank against the Nigeria Deposit Insurance Corporation (NDIC) the Liquidator of Lead Merchant Bank Plc.

In a unanimous decision the appellate court held that the provision of Section 54 of the Banks and Other Financial Institutions Act (BOFIA) made it clear beyond per adventure that deposit liabilities rank in priority over and above every other liabilities of the bank where the bank suspends payment or is unable to meet its obligations.

Justice Gabriel Kolawole in his lead judgement, held that statutory provision has conferred priority on deposit liabilities over all other liabilities of the bank.
Other members of the panel of Justices are Justice Joseph Shagbaor Ikyegh (presiding) and Justice Ugochukwu Anthony Ogakwu respectively.

The facts of the suit are that prior to the revocation of the banking licence of Lead Merchant Limited, the bank became indebted to the appellant (First bank of Nigeria PLC ) under the clearing and settlement banking transaction and the outstanding indebtedness stood at N556,493,034.16 million.

The transaction was secured by an unregistered legal mortgage over Lead Merchant Bank’s property situate at No. 1, Oladele Olashore Street, Victoria Island, Lagos.

The Deed of Assignment covering the property was deposited with First Bank Plc and in addition, a negative pledge was provided by the defunct bank in favour of the First Bank Plc, whereby the bank irrevocably undertook not to sell mortgage or otherwise change its title, interest or ownership in the property so long as the sum due to the appellant remains outstanding.

However, upon the withdrawal of the banking licence of the defunct Lead Merchant bank by the Central Bank of Nigeria (CBN) sometime in 2006, NDIC in accordance with its statutory duty under the NDIC Act became the bank’s liquidator.

Consequently, First Bank notified NDIC of Lead Merchant Bank’s indebtedness, but NDIC classified the appellant’s claim as creditor’s claim, which would only be considered after the claims of public depositors have been fully pad or settled.

In decided the suit on May 24, 2017, Justice Buba in his judgement dismissed in its entirety all the claims presented by First bank.

Not satisfied with Justice Buna’s decision, First Bank in its Notice of Appeal dated July 31, 2017 urged the court to set aside the judgement.

The Appellant’s brief of Argument is dated and filed by its lawyer; Moyosore Onigbanjo SAN (now the Attorney General of Lagos State) and two issues were raised namely: “Whether the lower court correctly held that the provisions of section 54 of the Banks and Other Financial Institutions Act Cap B83 LFN 2004, (“BOFIA”) prevented it from granting the reliefs sought by the Appellant in its Originating Summons?

However, respondent’s brief of argument filed by Osaro Eghobmein (SAN) formulated only one issue namely: “Is the Respondent liable to settle its indebtedness to the Appellant without first settling all outstanding depositors’ liabilities as required by the compulsory provision of Section 54 of the BOFIA?”

Resolving the issue, the appellate court held that the mortgaged property cannot by any stretch of imagination or legal theory be said to belong to the First bank (Appellant) adding that it still belongs to the defunct Lead Merchant Bank.

Justice Kolawole held that ‘’as at the time the Respondent took over the affairs of the Respondent upon which it became bound and statutorily obligated to comply with the provision of Section 54 of BOFIA, the legal interest in the assets still rests with the defunct Lead Merchant bank and not the Appellant, though a secured creditor, who unfortunately failed to perfect its security’’.

‘’As a matter of fact, the story may not have been the same if the Appellant, who has always been aware and conscious of the nature of its interest in the mortgaged asset, had commenced an action to enforce its rights of sale before the Respondent stepped in as a liquidator of the defunct bank’’.

‘’My Lords, in this case, perhaps for all intents and purposes, the moment the Respondent became seised of the affairs and assets of the defunct Lead Merchant bank as a statutory liquidator, it cannot otherwise act other than in accordance with its enabling Act, BOFIA and/or other enabling statutes relevant to the actualization of its statutory duty.

“Having found, and rightly so that the assets in question still belong to the defunct bank, even though subject to encumbrance, I am unable, as the Appellant will want this court to, wish away or overlook the clear provision of Section 54 of BOFIA, particularly considering the peculiar facts of this case. The Legislature thought it right and proper and for good reasons to make the settlement of deposit liabilities a priority and condition precedent which rank higher vis-a-vis other outstanding liabilities of the bank in liquidation’’.

‘’In the light of the above analysis and reasoning, the relevant and primary issue in this appeal is resolved in favour of the Respondent.

Therefore, the appeal is in my view, devoid of merit and is hereby dismissed. The judgment of the Federal High Court, Lagos Judicial Division, delivered on May 24, 2017 is hereby affirmed.”