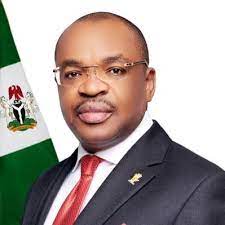 Having spent five good days across Kaduna and Kano, a weekend spent in Uyo,  Akwa Ibom State capital is the icing on the cake. It was a perfect blend, a peacock of the best Akwa Ibom culture and culinary gifts.

Indeed, it was all about the National Association of Nigeria Tour Operators (NATOP), their conclave, their potentials, their village square meeting and if you have a third eye, the future, though uncertain, was blunted by shivering of fear and apprehension.

Restarting tourism, the apt theme of NATOP gathering at the prestigious Ibom iconic Golf Resort and the trampings were evident. Ibom Air, if the management can interpret the tourism value of its commercial aviation presence, must go to work. Yes, walk the talk.

Akwa Ibom is a tourism peacock no doubt but who is listening? The colours of abundant and undiscovered culinary culture, the marine ecosystem and grandiose flora resources .

My first time here, certainly not! Severally yet new realities, refreshing engagements and a very hospitable people. These people just love visitors, the kids, the adults and even the serene and clean environment.

The rural roads are tempting, well paved and generous to those not used to motorable access to the real world of the people, yes, the bastion of hope and love for mankind.

Don’t believe the lies, told about this land of great people, a nation more beautiful and colourful than the peacock. Akwa Ibom is safe, it is heaven,  it is magical, though all is not yet uhuru.

From Ikot Abasi, God’s “forest community”to the Oron nation, one was determined to bear the pain of sickness and affliction to share and encounter  the basket of history and natural endorsements.

I have a story, Akwa Ibom State, is Nigeria’s cultural tourism grill, no wonder, the colonists, even the modern legionnaire of oppressors,  hunted its rich and vast resources.

Let’s go back to Ikot Abasi, don’t mind the rustic state of the colonial history architecture, abandoned and ignored, the noise around that women here, our sisters and mothers, calling the shots where men failed, thrilled me. My mother while she lived was a warrior, she was bold, beautiful and fearless. I love  them, our mothers like that!!

Do you remember, late legal luminary, sir Ergbert Udo Udoma? His mother, Madam Udo Udoma was a rebel of the most fearsome all women warriors that gave the British exploiters nightmare. The museum here in Ikot Abasi, is  dedicated to this one month “warriors ( November 1929 to December 1929), I am pained it is  begging for a splash of upkeep and paintings.

Ubong Ekpe, an accomplished Ibom historian and tour operator, leaves no one in  doubt that Ikot Abasi, this sleepy, maritime tourism domain, harbours more than the ancient tales of British invasion.

I took a walk alone to the bridge of no return, situated in what was renamed Amalgamation Resort. I was nervous, alone, in a surrealistic introspection, of the pains of our people, our resources brutally and forcefully taken away. How can we forget, though we forgive?

Ma Udo Udoma, like the women she mobilised against the white imperialists, must have lost their husbands, our fathers, grandfathers, their young sons and daughters to the invading and merciless merchants of human cargo. How can we forget!

This is where the regeneration and restoration of the historical relics here and across Akwa Ibom must be approached differently.

It is a potent socio-economical force  and no one should  deceive the state government that investment in physical redefinition of the cultural tourism resources is a waste.
Akwa Ibom today, yesterday and tomorrow begins and ends in pushing a new frontier of investment in this area.

Great airport facilities, promising airline, good network of rural roads, rich culture and natural resources, it will end in sadness and pain if we all fail to appreciate the history of these great people.

And Oron(pronounced Oro), I just wonder what is happening here. The drive through from one village and people to another, provides and aids the  cords of unity, a diversity so gregarious, putting a lie the drumbeat of ethnicity and divisiveness.

True, l love Oron, know why? Its people spread across clans and borders. Related to the Efik of Cross River, Ibeano, Obolo, Andoni of River State and I heard, to the Balondo na Konja of the Congo. Something tells me, the Igbos have a leg in Oron.

The softer side and for the lesson of  those who have lost touch with their roots and ancestry, Nkerewuem Onung ,Acting President of the Federation of Tourism Associations of Nigeria (FTAN) and BOT Chairman of NATOP, has his root here.Mrs Susan Akporiaye, President National Association of Nigeria Travel Agencies ( NANTA), the biggest travel trade group in Nigeria, is from here too, so watch them, they will bring the grit, capacity and integrity noted with their forebears to bear on the Nigerian tourism roadmap. Is Akwa Ibom not blessed?

I won’t tell you how we nearly got lost as Mrs Susan Akporiaye forgot the map to her place. There is something magical about tongues, Oron tongue. It gave us the map, Susan didn’t forget that one, the signature tune of her people even though she crossed the waters to the heart of Warri land in marriage.

Oh dear, I momentarily forgot my pains, the doctor’s appointment and instructions to rest, and immersed myself into the luxury of nature. You must be silent, to respect the beings that populate the massive unspoilt frontiers of humanity. One can keep their eyes on us. It is to blend and mingle in this nature haven, it heals!

Suddenly,  the noise of bricks and mortars of urbanisation struggled to pervade my evangelical nature encounter! “I no go gree,” I stoutly told myself. And then we took a walk, nature spread out its wings like the proud peacock., So proud and flirting!

We? Sylvester Olobor, Secretary NANTA, for the first time on this trip took his eyes of his President. His protectiveness of his principal was amazing. The kids as adventurous as ever dared us. They knew we were” outsiders’, even their big aunty though one of them, was clearly different, the tongue breaking barriers of the long lost relation,.

Anything to add? I thought my village hold the gold medal in serenity and tranquility, I conceded it  to this village.  It is easy to lecture about nature here and both my niece,a student of philosophy and Sylvester, were good students.

Oron waterside is a story for another day. As a maritime journalist, the Maritime Academy, here in the fast growing Oron, brought back memories never to be forgotten. The fish and crayfish market,? A prosperous economy, begging for attention and empowerment. Just wait for the story!

* Frank Meke, a Media and Tourism Consultant, writes from Lagos

Be the first to comment on "Getting Around Nigeria, NATOP And Peacock Of Akwa Ibom  By Frank Meke"