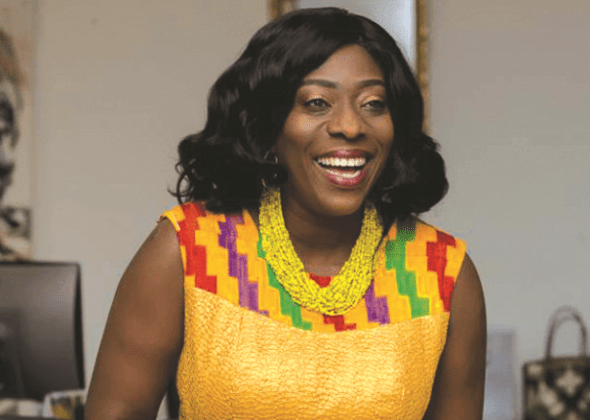 The 5th Annual General Meeting of the Nigerian Association of Tour Operators(NATOP)scheduled to hold in Uyo,  Akwa Ibom State  will  once again play host to high profile speakers such as  the former Minister of Tourism  and Creative Arts Ghana,Mrs. Catherine Afeku  and  an Akwa Ibom born international businessman with passion for Tourism, Mr. Akanimo Udofia.

The theme for this years event is,  “Restarting Tourism in Nigeria: A New Template.”

Recalled that Ghana initiated the highly successful ‘Year of Return Project’ during  Afeku’s tenure as Minister for  Tourism  and Creative Arts .

According to NATOP, the international businessman, who also has   passion for Tourism will be the keynote speaker.

These speakers will be supported by a member of The Federations of Tourism Associations in Nigeria (FTAN) BOT member Ambassador Ikechi Uko, who also is a BOT member of NATOP.

The Chief Operating Officer(COO) of the Award Winning Airline Ibom Air, George Uriesi will share with the Tour Operators the experience of restarting Ibom Air after the COVID-19 lock down and how they have built a successful operation so far.

His Excellency,the Executive Governor of Akwa Ibom State Emmanuel Udom is expected to grace the Event.

NATOP is the only tourism associations that has had the Minister of Information and Culture, Alhaji Lai Mohammed personally attend its AGM and the association has  always used its AGM to focus attention on the development of Tourism in Nigeria.

NATOP rotates its AGM to the different zones in Nigeria while also introducing new ideas into the tourism ecosystem.

Hon. Afeku has served in two different positions in the government of President Nana Akuffo Addo.

Afeku, a very eloquent polyglot was one of the Diasporas  Ghanaian brought into the government of Ghana in the last five years.

Udofia, the Chief Executive Officer (CEO) of Desicon Engineering NIG, a global business man of great repute, who is strongly supporting the Ibom brand as a strong tourism brand.

He is a Harvard trained oil and gas engineering entrepreneur known for many ground breaking projects and philanthropy.

The 2021 AGM will  be hosted by one of the leading tourism states in Nigeria, Akwa Ibom State.

Speaking at  a media  conference held in Uyo last week, the Akwa Ibom Commissioner for Tourism Orman Esin and his Information Counterpart Mr. Ini Ememobong were effusive in their praises of the tourism offerings of Akwa Ibom.

According to Hon. Esin, “Akwa Ibom the real deal, we have the options for all types of Tourism in Nigeria. We have the biggest hotel property in West Africa, consistent growth over the years. We knew that bringing Naija7Wonders group to our State in December for the Christmas Village will bring us the attention we needed. Now we have secured the AGM of the strongest promoters of tourism in Nigeria. We are your partners and will grow tourism together. The Governor has a vision of a modern state and has deliberately engineered the development of industries and improved on the existing infrastructure. Today Ibom Air is celebrated all over the nation as a standard of excellence. ”

The Information Commissioner in his speech highlighted the strong points of Akwa Ibom State.

“Cuisine, infrastructure, scenery, people and buildings are the hallmarks of Akwa Ibom State. We are a very secure place not by accident but by the determination, focus and will of the state government. The Governor is an industrialist and the state will benefit from energizing the tourism stakeholders to come and enjoy the synergy of our facilities. Akwa Ibom is your best choice for Tourism in Nigeria.”

Earlier in her speech the President of NATOP Hajia Bilkisu Abdul thanked the State for choosing to host the AGM.

The NATOP boss stated that  two other states were ready to host but that the executives decided to come to Akwa Ibom State because of the high rating among tourism practitioners.

She told them that the Chairman, BOT of NATOP, who is also the Acting President of FTAN Nkereuwem Onung and the Vice President Mrs. Ime Udo are from Akwa Ibom and that it was home coming for the association.

“It is a great honour for me and for NATOP to be here today for this press conference. It is exactly two years today that we were at Ikoyi Cemetery for the burial of our late leader Mrs. Fatima Garbati who died in Ile Ife in 2019. We have missed her guidance and wise counsel.

“Today starts the process of renewal for NATOP.  Her death knocked our association off track. We mourned for a long time and just when we planned for our 2020 AGM COVID-19 struck. The pandemic has become the worst thing that has happened to tourism in Nigeria. It totally wiped out most of our businesses. Without movement there is no tour operations. Our members suffered from one lock down to another. Domestic tourism started to come back to life towards the end of last year. I am glad to note that Akwa Ibom State became one of the star destinations for tour operators. They came for the Christmas Village events in December and observed that it was a great success. They found your state rich in attractions. As we began to breathe back life into tourism, insecurity and high airline tickets prices became a big problem.

“These two evils of tourism are one of the reasons we have chosen Akwa Ibom State as our destination of choice for our AGM 2021. Akwa Ibom State is secure and has the infrastructure that we need for tourism to thrive. It has one of the best resorts in Nigeria, it has an airline and an airport.

“Our coming to Akwa Ibom State is not accidental. NATOP uses its AGM to promote domestic destinations. All our past destinations of choice have become viable locations for tourism.

“In 2016 we were in Calabar, Cross River State for our AGM, in 2017 we moved to Lagos, in 2018 we were in Jos, Plateau State in 2019 we went to Ile Ife, Osun State. We did not hold AGM in 2020 as we do not think virtual conferences yield value for tourism. We must do what we preach. If people don’t move there is no tourism so we move people. As we come to Uyo our members will obey all the approved COVID-19 protocols and we hope to enjoy the bounties that Akwa Ibom offers,” she said.

Be the first to comment on "Ex .Ghanaian Tourism Minister, Afeku, Bizman, Udofia To Speak At  5th NATOP  AGM"